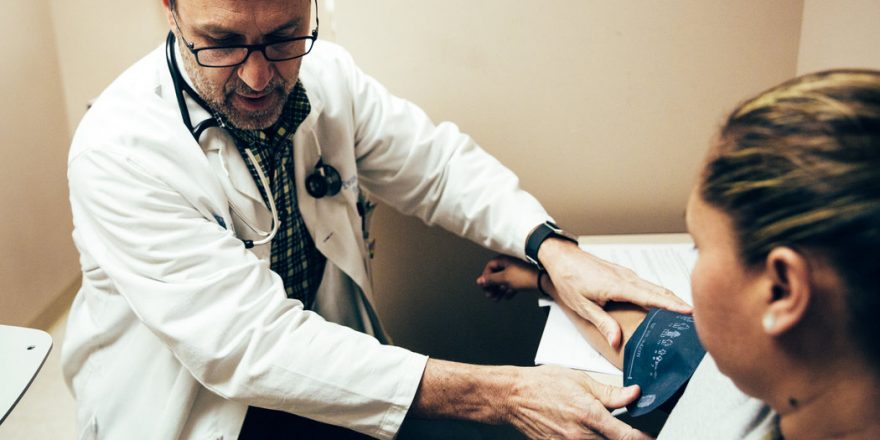 What Would Giving Health Care to Undocumented Immigrants Mean?

Providing comprehensive health coverage to undocumented immigrants has long been nothing more than a wouldn’t-it-be-nice item on the far left’s wish list. But in the crowded field of candidates vying for the 2020 Democratic presidential nomination, nearly everyone supports it.

Almost all of the 19 candidates who responded to a recent New York Times survey on health care positions said “yes” to a question about whether undocumented immigrants should be covered under a “Medicare for all” system, a public option or other government health programs. And during the second night of the Democratic debates last week, the idea received a unanimous show of hands in support.

President Trump was gleeful, predicting that the response would prove politically toxic for his opponents.

“All Democrats just raised their hands for giving millions of illegal aliens unlimited healthcare,” he wrote on Twitter. “How about taking care of American Citizens first!? That’s the end of that race!”

Politics aside, here’s what health care for unauthorized immigrants looks like now, and what providing comprehensive coverage to them might involve.

People in the country illegally are generally barred from enrolling in Medicaid or Medicare. They are also prohibited from buying insurance through the marketplaces set up by the Affordable Care Act, or Obamacare. Undocumented children do not qualify for the Children’s Health Insurance Program, commonly known as CHIP.

But six states and the District of Columbia have expanded their Medicaid programs to cover children through 18 years old (California recently approved coverage through age 25), regardless of immigration status. About 16 states cover income-eligible pregnant women, also regardless of residency status.

Many illegal immigrants receive primary care and prescription drugs for a sliding-scale fee at 1,400 federally funded health care centers spread across 11,000 communities. Those centers are required to treat anyone, regardless of ability to pay, and administrators do not ask patients about their citizenship status.

The centers serve some 27 million people, but do not have estimates on how many are undocumented.

Of course, when undocumented immigrants arrive at hospitals for medical emergencies, they will be treated.

Some undocumented residents receive coverage through their own or a spouse’s employer-provided plan, though they are less likely than legal residents or citizens to have jobs with employer coverage.

Do other countries provide health care to undocumented immigrants?

If the United States were to begin providing comprehensive health coverage to undocumented immigrants, it would be an outlier, health policy experts say. Even countries with universal, government-run coverage like Norway place tough restrictions on health care for undocumented immigrants. Most immigrants can get emergency care but have to pay other costs. Thailand, with waves of migrant workers, is considered to offer one of the most generous programs, screening immigrants for diseases and allowing them to buy into the national health insurance.

How many undocumented immigrants need health coverage in the United States?

According to the Pew Research Center, in 2017 there were about 10.5 million undocumented immigrants in the United States. According to estimates, 5.5 to 6 million still need coverage. 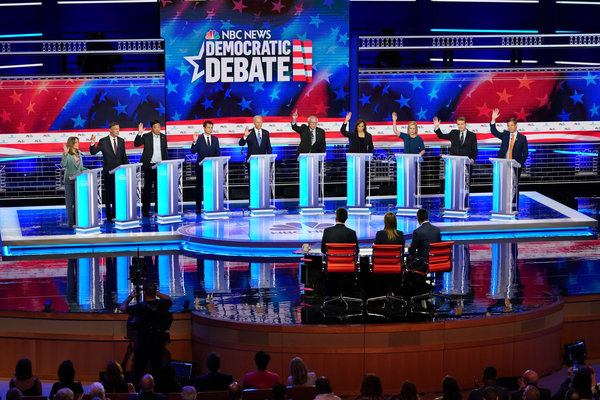 How much would it cost to provide them health care?

Neither the Congressional Budget Office nor independent experts have worked up a cost estimate. Some economists say that the expense of providing primary care would eventually pay off, because it would keep people from waiting until they were very sick to seek treatment.

Some studies have found that undocumented immigrants tend to be younger and healthier (therefore potentially cheaper) than the overall American population, particularly because they were able to survive arduous travel for weeks to come to the United States.

Other research suggests that they are disproportionately poor, with high rates of diabetes, obesity and hypertension.

On the debate stage last week, Mayor Pete Buttigieg of South Bend, Ind., said that unauthorized immigrants contributed to society by paying property and sales taxes. Although many undocumented workers are paid off the books, others do have taxes withheld by employers and therefore help fund health care programs for which they are ineligible.

Do undocumented immigrants use the health care available to them?

They tend to underuse health care, especially since the Trump administration has cracked down through raids and deportations. Fear has been keeping them away.

“The majority of their children are United States-born citizens who may qualify for Medicaid and CHIP coverage,” said Samantha Artiga, who directs the disparities policy project for the Henry J. Kaiser Family Foundation. “But parents are often fearful of enrolling their children, even though they are eligible, because they don’t want to put the rest of the family in jeopardy.”

Has the Trump administration actively tried to prevent immigrants from getting health care?

The federal government can deny legal residency status (commonly known as a green card) to anyone considered likely to become a “public charge”— meaning a drain on public resources.

Under longstanding policy, Medicaid, the federal-state health program for low-income people, was not considered a public benefit for these purposes. But last year, the Trump administration proposed a rule, now in its final stages, saying that Medicaid use would be a “heavily negative factor” counting against someone trying to obtain a green card.

Would more migrants come here if they could get free health care without documentation?

No one seems to have envisioned a program that would allow for medical tourism. Some independent experts have suggested a residency requirement before people can apply for Medicaid, to prevent the appearance of health care as an immigration incentive.

Randy Capps, a senior researcher at the Migration Policy Institute, said: “They are driven primarily by work opportunities and, more recently, dire climate, economic and security conditions. Health coverage is unlikely to change the equation given these much bigger migration push and pull factors.”

But Linda J. Blumberg, a health policy fellow at the Urban Institute, argued that a single- payer system, such as the one proposed by Senator Bernie Sanders of Vermont, could indeed create “strong incentives for people with serious health problems to enter the country or remain longer than their visas allow in order to get government-funded care.”

So what would a health care program for undocumented immigrants look like?

The devil is in the details, and the details seem to be in short supply: No candidate has yet offered a blueprint.

“As good-hearted as anyone is, it’s very challenging,” Dr. Blumberg said.

Instead, she said, a more pragmatic approach would be to identify providers, hospitals and community centers that disproportionately serve these populations: “Giving them additional funds to make that care more accessible seems to me an important place to start.”