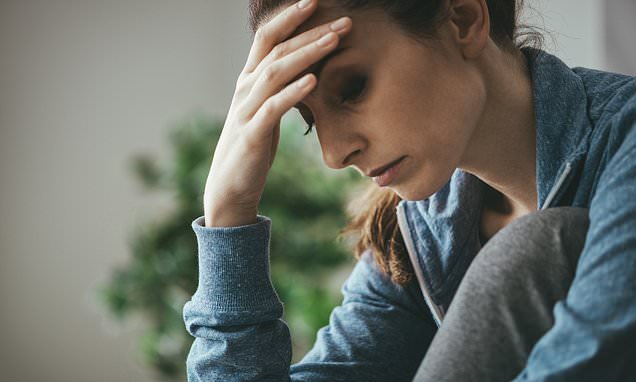 Why having the coil may make women anxious and depressed

Revealed: Why having the coil may make women anxious and depressed

For many, it is a convenient and effective form of contraception.

But, according to a new study, a form of the coil could be linked to anxiety and depression in nearly a fifth of the women who choose to have one each year.

Unlike the Pill, which women have to remember to take every day, the devices can be left in place for between three and ten years and only surgical sterilisation is better at preventing pregnancy. 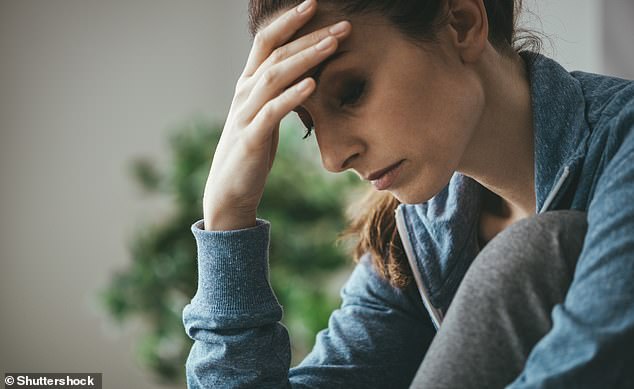 Did you know? Long-acting forms of contraception, heavily promoted by the NHS, have almost doubled in use in ten years, from 21 per cent in 2007 to 40 per cent in 2017

The IUS is also often billed as being safer than the Pill because the hormones they release are contained within the womb; with a swallowed pill, they are dispersed throughout the whole body, including the brain.

Long-acting forms of contraception, heavily promoted by the NHS, have almost doubled in use in ten years, from 21 per cent in 2007 to 40 per cent in 2017.

The potential problems are being attributed to progestin — a synthetic form of the naturally occurring female hormone progesterone — which is used in hormonal coils, including leading brands Mirena and Levosert.

Some research suggests progestin dampens levels of beta-arrestin 1, a protein thought to be key in maintaining healthy signalling between brain nerve cells. Levels often fall when someone has depression.

Taking the oral contraceptive pill may also cut levels of the protein. A Danish study published in the journal JAMA Psychiatry three years ago found that women taking progestin-only pills — also called the mini pill — were 34 per cent more at risk of depression than women not on this pill.

For those on the combined pill — which contains oestrogen and progestin and is the type most commonly taken in the UK — the figure was 23 per cent.

But a coil was not thought to have this effect because its impact is largely local to the womb.

For the new research, experts from the European Medicines Agency (EMA) and Dundee University studied nearly 11,000 women in the UK who were prescribed either a hormone-based coil or a non-hormonal coil made from copper. 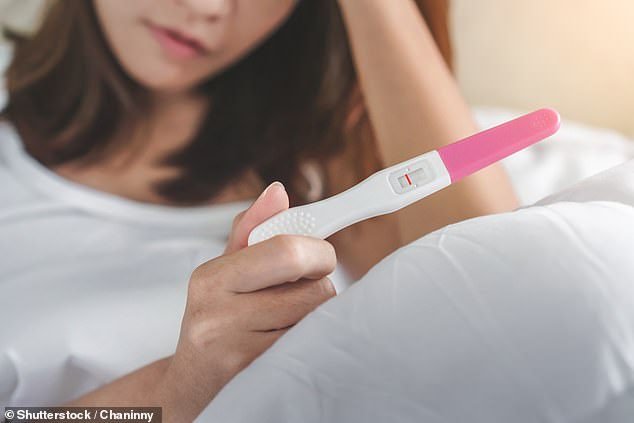 Trend: The finding comes as growing numbers of women are opting to have the coil, a T-shaped device which is implanted in the womb

Hormone-based coils work by gradually releasing progestin (also called levonorgestrel) to thicken mucus around the entrance to the womb, stopping sperm from entering. They are often recommended for women with heavy periods.

Non-hormonal coils rely on the copper they are made from to act as a spermicide — killing sperm that make it to the womb so they are unable to fertilise an egg.

HOW DOES STRESS AFFECT PREGNANCY?

The combination of high stress and air pollution also increases the risk of having a low-birth weight baby, the research adds.

Senior author Professor Tracey Woodruff, from the University of California, San Francisco, said: ‘It appears that stress may amplify the health effects of toxic chemical exposure, which means that for some people, toxic chemicals become more toxic.’

Co-author Professor Rachel Morello-Frosch, from the University of California, Berkeley, added: ‘The bottom line is that poverty-related stress may make people more susceptible to the negative effects of environmental health hazards, and that needs to be a consideration for policymakers and regulators.’

The researchers analysed 17 human studies and 22 animal trials that investigated the link between stress, chemicals and foetal development.

Stress was defined by factors such as socioeconomic status.

Professor Morello-Frosch added: ‘While the evidence on the combined effects of chemicals and stress is new and emerging, it is clearly suggestive of an important question of social justice.’

The researchers said that, while they hadn’t proved the progestin was to blame, it was ‘plausible’ it was at fault.

Others are more convinced. Ayman Ewies, a consultant gynaecologist at Sandwell and West Birmingham Hospitals NHS Trust, first raised the alarm ten years ago. He told Good Health: ‘I’m not at all surprised by the latest findings. It’s well known that progestin lowers mood and causes depression. Patient leaflets say less than 10 per cent experience depression, but the real figure is a lot higher — more like 20 per cent.’

He adds that claims the coils work only ‘locally’ within the uterus make no sense, as the uterus is a vascular organ and has a very rich blood supply. From the uterus, progestin can circulate anywhere in the body — including the brain.

Coils are ‘extremely effective’ and ‘an excellent option for many women’, says Mr Ewies, but he adds they should carry prominent warnings about ‘the risks of adverse psychiatric effects’.

‘The good thing is that they are reversible, and the coil can be removed,’ he says.

‘But this type of conversation about the potential effects does not take place and most women are simply told not to worry.’

She says: ‘Many women are using hormonal contraception without problems, and we wouldn’t want to see women worried by this study stop using their hormonal method, as this will leave them at risk of unplanned pregnancy.

‘But, if you think your mental health is being affected, talk to a health professional.’