Home » Health News » Woman who didn't know she was pregnant gives birth while in coma, discovers she has 2 uteruses 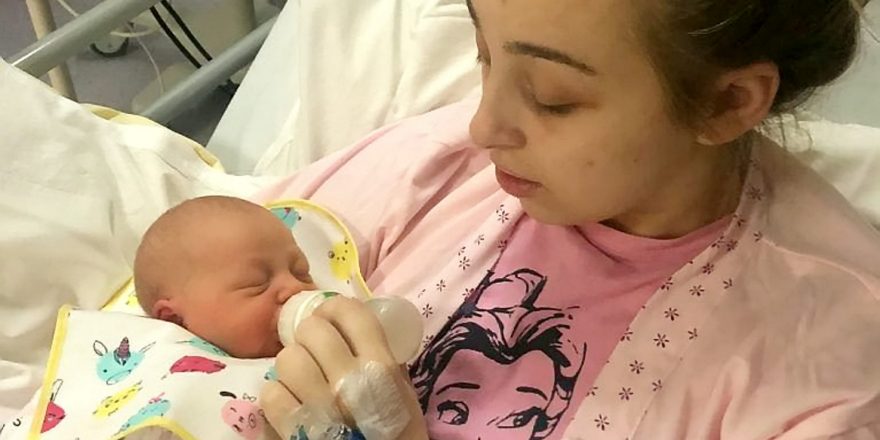 Woman who didn't know she was pregnant gives birth while in coma, discovers she has 2 uteruses 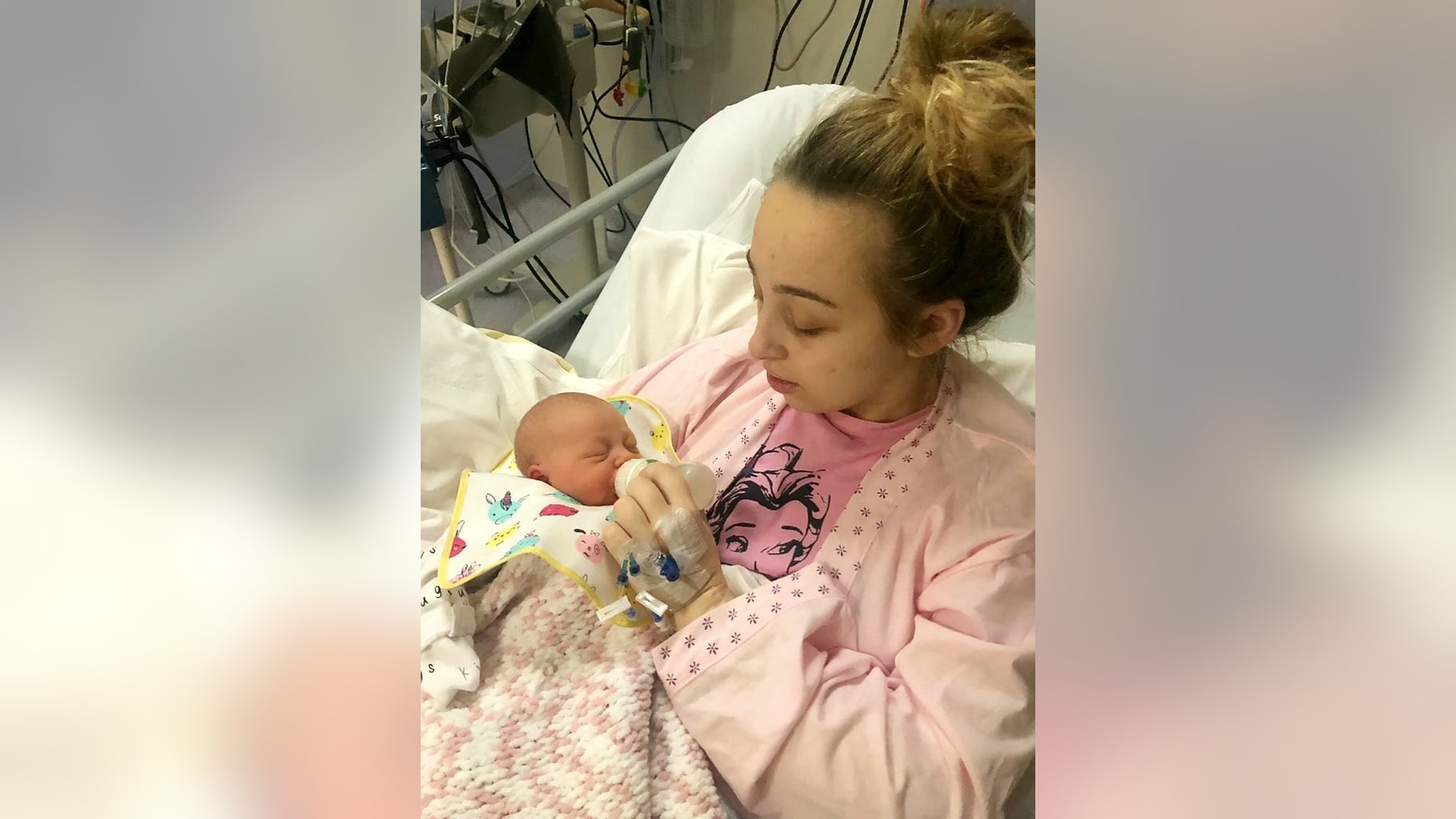 Ebony Stevenson, 18, is pictured with her baby Elodie Garner in the hospital after her mother explained that she had given birth while in a coma.
(SWNS)

A U.K. woman who was placed into a medically induced coma after complaining of a headache and later suffering from seizures was shocked to wake days later and discover she had given birth to a healthy baby girl. Ebony Stevenson, who told SWNS she had no prior symptoms or suspicions that she was pregnant, was actually suffering from preeclampsia, a life-threatening pregnancy-related condition.

Preeclampsia affects both the mother and unborn child and occurs in about 5 to 8 percent of pregnancies. It is characterized by high blood pressure and the presence of protein in the urine, with patients often suffering from sudden weight gain, headache and changes in vision, while others may experience “silent” symptoms. According to the Preeclampsia Foundation, the condition typically occurs later in pregnancy, with delivering the baby found to be the most effective form of treatment.

MOM GETS NEW TONGUE MADE FROM ARM AFTER CANCER DIAGNOSIS

“Waking up from a coma to be told I had been pregnant and had given birth to a baby girl was overwhelming to say the least,” Stevenson, who was also diagnosed with uterus didelphys, which is a congenital abnormality that causes females to be born with two uteruses instead of one, told SWNS.

Stevenson, 18, was unaware of her condition, which can make it difficult to achieve pregnancy, and said she maintained regular periods throughout the months leading up to her seizures. But on the way to the hospital in the back of an ambulance, her mother and paramedics noticed a small bump and realized she was pregnant, SWNS reported. Her mother claims paramedics theorized that the seizure activity moved the baby, making her swollen abdomen noticeable for the first time. 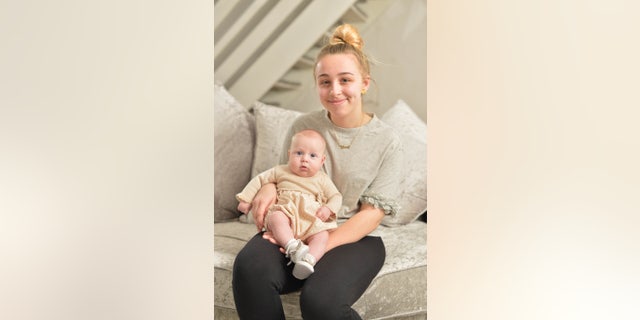 Stevenson was diagnosed with preeclampsia and uterus didelphys, which causes female patients to be born with two uteruses.
(SWNS)

“Meeting my baby was so surreal,” she told the news outlet. “It felt like an out of body experience. I worried I wouldn’t bond with my daughter because I had no time to get my head around her arrival, but I think she’s amazing.”

Stevenson’s mother, Sheree, cared for Elodie while the new mom remained in a coma. It would be three days before Stevenson met her daughter on Dec. 6.

“When I woke up I remember the nurses telling me I had a baby, and before I knew it they’d put her on my chest,” she told SWNS. “It sounds awful now, but I asked them to take her away as I was so confused and sure they’d made a mistake. But my mum explained it all to me while the nurses were there and they gave my little girl back to me to hold properly for the first time.”

Stevenson said she plans to return to college in February, and that she “wouldn’t change what’s happened for the world.”