Women with recurrent migraines have a lower type 2 diabetes risk

Having a history of migraines could actually lower the risk of type 2 diabetes in women, a new study suggests.

Researchers say that women with recurrent intense headaches are 30 percent less likely to develop the disease than women without a history of them.

Additionally, the prevalence of women with migraines who were later diagnosed with diabetes was cut in half.

The team, led by the Institut Gustave Roussy – a cancer-research center in Villejuif, France – says the findings offer insight into the underlying causes of both conditions and could help doctors determine which patients should be screened for type 2 diabetes risk. 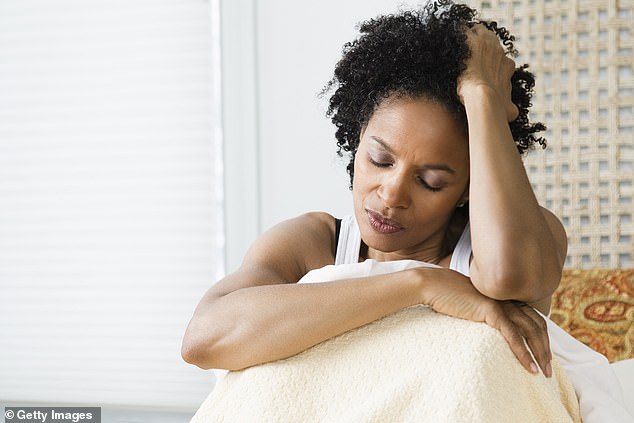 The authors said that ‘despite the high prevalence of both diseases, particularly in women, little is known about their association.’

Migraines are the third most prevalent illness in the world, according to the Migraine Research Foundation, with nearly 12 percent of the US population suffering from these types of headaches.

According to statistics from the Centers for Disease Control and Prevention, 20.1 million American adults – or 8.6 percent of the population – has type 2 diabetes.

Past studies have shown that low blood sugar, known as hypoglycemia, is a precipitating factor in the onset of migraines.

Additionally, because plasma glucose concentration – a measure of how much glucose you have circulating in your blood – rises with time up to the occurrence of type 2 diabetes, migraine symptoms may decrease.

They say these biological factors could explain why there is an inverse association between migraine history and type 2 diabetes risk.

For the study, which was published in The Journal of the American Medical Association Neurology, the team looked at 74,000 French women from the E3N cohort study.

E3N is a cohort study run by Gustave-Roussy that looks at risk factors for female cancers.

At the beginning of the study in 1990, all the women involved were free of type 2 diabetes. But, by the study’s end in 2014, about 2,400 women had developed the condition.

Almost eight times as many women with no history of migraines developed type 2 diabetes at the end of the study compared to the women with a current history.

They also found that there was a decrease in the active migraine prevalence prior to type 2 diabetes diagnosis.

In the women with both migraines and a diabetes diagnosis, 22 percent reported having migraines at the study’s start.

But after diagnosis, only 11 percent reported having active migraines.

In an accompanying editorial, neurologists Dr Amy Gelfland and Dr Elizabeth Loder said the findings were consistent with observations made among clinicians.

‘Headache practitioners have long discussed the rarity of patients with type 2 diabetes in headache clinicians,’ they wrote.

‘Are patients with diabetes so busy managing their diabetes that they do not pay attention to their headaches? On the other hand, is there something about diabetes that suppresses or reduces migraine?’

The doctors also pointed out that despite the pain that comes with migraines, there are positive health benefits aside from the lowered type 2 diabetes risk.

‘Some work suggests that those with migraine may be less likely to consume alcohol and more likely to have a healthy cardiovascular system,’ they wrote.