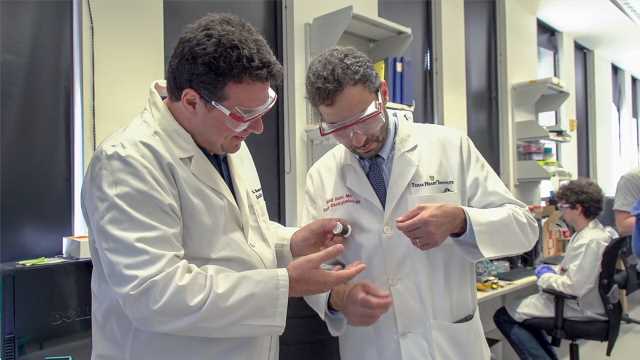 Scientists at Texas Heart Institute (THI) report they have used those biocompatible fibers in studies that showed sewing them directly into damaged tissue can restore electrical function to hearts.

“Instead of shocking and defibrillating, we are actually correcting diseased conduction of the largest major pumping chamber of the heart by creating a bridge to bypass and conduct over a scarred area of a damaged heart,” said Dr. Mehdi Razavi, a cardiologist and director of Electrophysiology Clinical Research and Innovations at THI, who co-led the study with Rice chemical and biomolecular engineer Matteo Pasquali.

“Today there is no technology that treats the underlying cause of the No. 1 cause of sudden death, ventricular arrhythmias,” Razavi said. “These arrhythmias are caused by the disorganized firing of impulses from the heart’s lower chambers and are challenging to treat in patients after a heart attack or with scarred heart tissue due to such other conditions as congestive heart failure or dilated cardiomyopathy.” 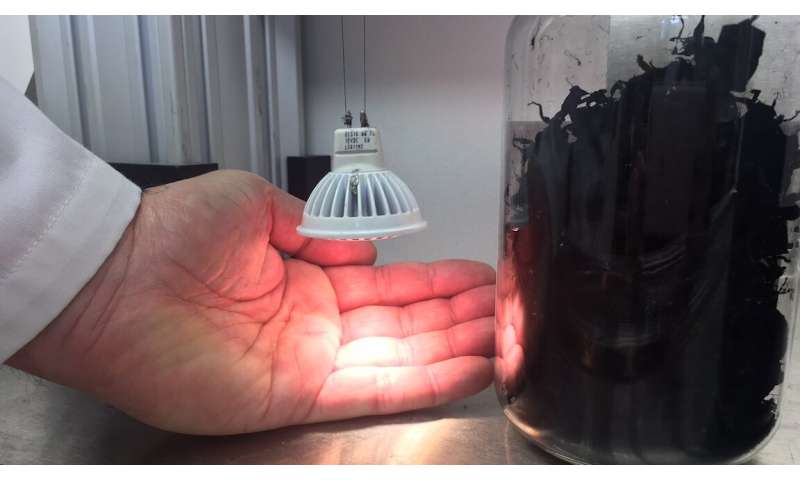 Results of the studies on preclinical models appear as an open-access Editor’s Pick in the American Heart Association’s Circulation: Arrhythmia and Electrophysiology. The association helped fund the research with a 2015 grant.

The research springs from the pioneering 2013 invention by Pasquali’s lab of a method to make conductive fibers out of carbon nanotubes. The lab’s first threadlike fibers were a quarter of the width of a human hair, but contained tens of millions of microscopic nanotubes. The fibers are also being studied for electrical interfaces with the brain, for use in cochlear implants, as flexible antennas and for automotive and aerospace applications.

The experiments showed the nontoxic, polymer-coated fibers, with their ends stripped to serve as electrodes, were effective in restoring function during monthlong tests in large preclinical models as well as rodents, whether the initial conduction was slowed, severed or blocked, according to the researchers. The fibers served their purpose with or without the presence of a pacemaker, they found.

In the rodents, they wrote, conduction disappeared when the fibers were removed. 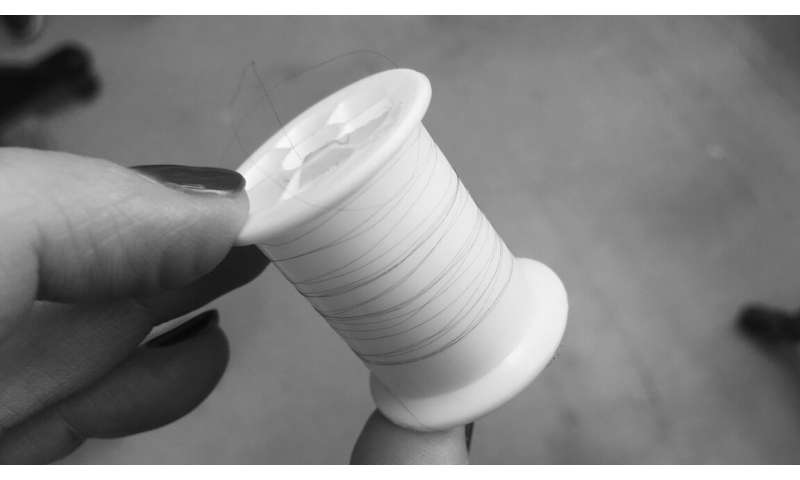 “The reestablishment of cardiac conduction with carbon nanotube fibers has the potential to revolutionize therapy for cardiac electrical disturbances, one of the most common causes of death in the United States,” said co-lead author Mark McCauley, who carried out many of the experiments as a postdoctoral fellow at THI. He is now an assistant professor of clinical medicine at the University of Illinois College of Medicine.

“Our experiments provided the first scientific support for using a synthetic material-based treatment rather than a drug to treat the leading cause of sudden death in the U.S. and many developing countries around the world,” Razavi said.

Many questions remain before the procedure can move toward human testing, Pasquali said. The researchers must establish a way to sew the fibers in place using a minimally invasive catheter, and make sure the fibers are strong and flexible enough to serve a constantly beating heart over the long term. He said they must also determine how long and wide fibers should be, precisely how much electricity they need to carry and how they would perform in the growing hearts of young patients.

“Flexibility is important because the heart is continuously pulsating and moving, so anything that’s attached to the heart’s surface is going to be deformed and flexed,” said Pasquali, who has appointments at Rice’s Brown School of Engineering and Wiess School of Natural Sciences. 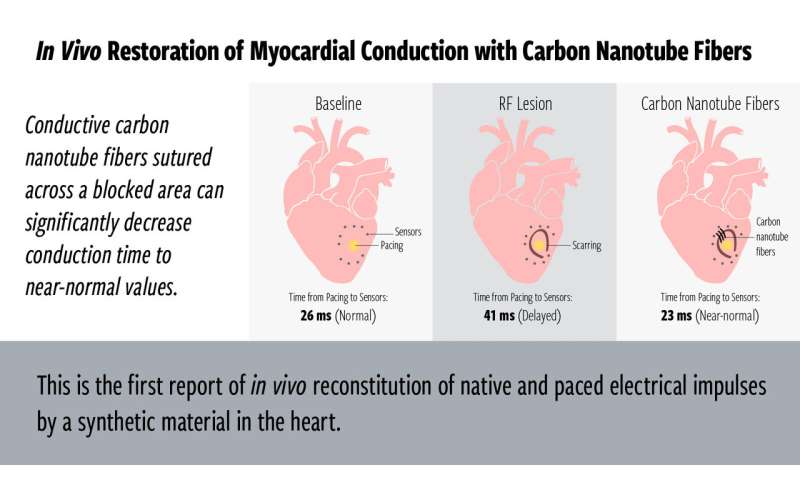 “Good interfacial contact is also critical to pick up and deliver the electrical signal,” he said. “In the past, multiple materials had to be combined to attain both electrical conductivity and effective contacts. These fibers have both properties built in by design, which greatly simplifies device construction and lowers risks of long-term failure due to delamination of multiple layers or coatings.”