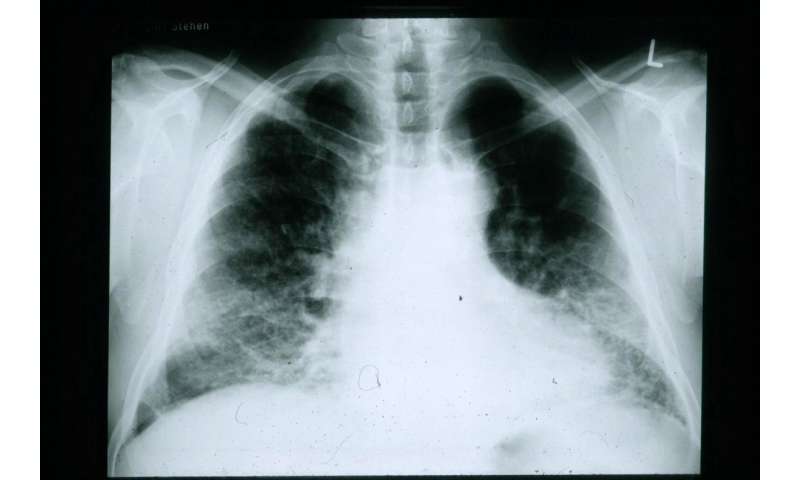 Like most first responders, former New York City detective Tom Frey is a master of understatement—even when it comes to talking about the World Trade Center terror attacks on 9/11, the most devastating assignment of his life.

Instead, Frey found himself tending to the dead, sifting through debris brought to a Staten Island landfill looking for any trace of evidence that could shed light on the horrific attack. He searched for plane parts and human remains, all parts of a landscape rendered unrecognizable by pulverizing destruction and a pervasive layer of gray dust.

“On the job, I’ve seen plane crashes, people jumping out of windows, hanging themselves, subways derailed—all sorts of things. But you’re never prepared for something like this,” Frey says.

America would never be the same. Neither would Tom Frey.

Frey, who now lives in Florida, is one of many 9/11 first responders with serious illnesses brought on by exposure to the dust, smoke and chemicals of Ground Zero. A battle with Hodgkin’s lymphoma, which his doctors tied to his 9/11 exposure, included multiple rounds of chemotherapy. That treatment led to a secondary diagnosis: pulmonary fibrosis, an incurable scarring of the lungs that can have many causes and is one of the latest diseases to be correlated with Ground Zero exposure, according to a study published earlier this year by the New York City Department of Health and the World Trade Center Health Registry.

On 9/11, Frey remembers looking up to see gray ash falling like a soft rain and realizing that he and other cops were wearing only paper masks: “I said, ‘This is not going to be good down the road.'” When he was diagnosed with pulmonary fibrosis in 2016, his doctor told him “that the chemo drugs had started a fire in my lungs with some of the debris from the Trade Center, and he said there was nothing they could do for me.”

Though Frey had long thought of himself as invincible—”I figured, hey, all those hotdogs I ate from the street vendors, I must be immune to everything,” he jokes—he is part of the growing toll of victims of the 9/11 attacks. Three hundred forty-three New York City firefighters died during the initial response. In July, New York City mayor Bill de Blasio announced that the 200th NYC firefighter had died from a Ground Zero-related illness, a number that is expected to continue to climb and even exceed the original firefighter death toll.

Frey remembers a detective who sat at the desk next to his, who was one of the first to succumb to a pulmonary illness. His friend and fellow NYC detective Luis Alvarez, who supported Frey through his cancer treatments and made news in June when he gave emotional testimony before Congress in support of extending the September 11 Victim Compensation Fund, died two weeks after his testimony.

In July, the victim fund was extended through 2090—a necessary measure, says Dr. Greg Cosgrove, chief medical officer at the Chicago-based Pulmonary Fibrosis Foundation, because illnesses such as pulmonary fibrosis will continue to be linked to Ground Zero exposure.

“The long-term consequences still haven’t been clearly identified,” Cosgrove says, “so to stop funding now is inappropriate because we will continue to see the progression of disease.”

Pulmonary fibrosis is among diseases that can take decades to manifest themselves. “We’re not even two decades past the event,” Cosgrove says, “and people with asbestos exposure, for instance, don’t begin to present until the third decade.”

Doctors still don’t fully understand how pulmonary fibrosis works, Cosgrove says, because it is relatively rare and its causes are tough to track. Some cases have no known cause, and there are 180 other diseases that can cause pulmonary fibrosis in some patients.

In addition, the lung injuries that cause some cases can stem from a wide range of factors. Those can include seemingly innocuous things such as long-term exposure to pet birds or to wood dust from woodworking, or more obvious exposure to smoke, chemicals and debris from industrial sources.

The Ground Zero site contained dust that held heavy metals and asbestos, among other hazards. Over time, those irritants can produce scarring, or fibrosis, in the lungs, impeding their ability to breathe and absorb oxygen. The abnormal scarring response is irreversible, and the severity of its effect varies widely from person to person. Some people will never develop fibrosis, while others develop progressive scarring that continues to worsen over time.

Doctors who study pulmonary fibrosis are just beginning to focus on 9/11 victims as the long-term effects of exposure are emerging. “We need to continue to monitor these people to make sure they receive the kind of care they need,” says Cosgrove, “but also to try to understand more about the kinds of exposures, whether there are correlations between lung disease and where people were or the kinds of work they were doing.”