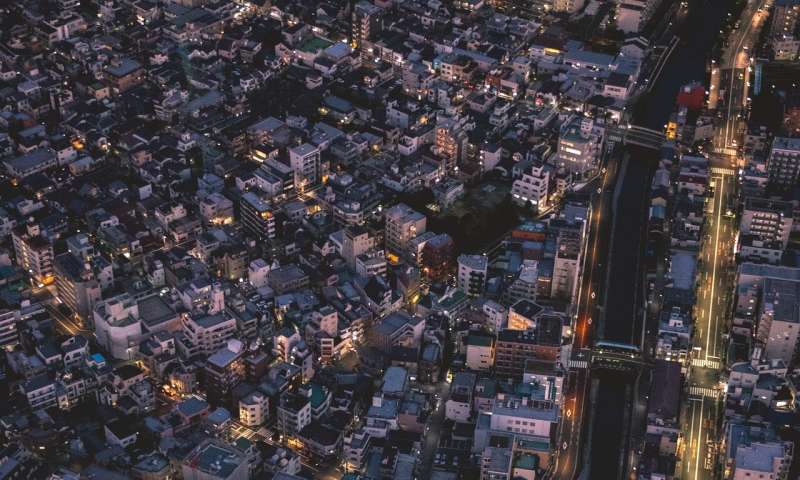 The high levels of environmental noise we are subjected to in large cities can increase both the severity and consequences of an ischaemic stroke. More precisely, researchers from the Hospital del Mar Medical Research Institute (IMIM) and doctors from Hospital del Mar, together with researchers from the Barcelona Institute for Global Health (ISGlobal), CIBER in Epidemiology and Public Health (CIBERESP), and Brown University, in the United States, put the increased risk at 30% for people living in noisier areas. In contrast, living close to green areas brings down this risk by up to 25%. This is the first time that these factors have been analysed in relation to stroke severity. The study has been published in the journal Environmental Research.

The researchers looked at the influence of noise levels, air pollution (particularly suspended particles smaller than 2.5 microns; PM2.5), and exposure to green areas on nearly 3,000 ischaemic stroke patients treated at Hospital del Mar between 2005 and 2014. To do this, they used data from the Cartographic Institute of Catalonia, as well as models to analyse atmospheric pollutant levels, the noise map of Barcelona, and satellite images to define areas with vegetation. Also taken into account was the socioeconomic level of the place the patients lived.

Dr. Rosa María Vivanco, from the IMIM’s Neurovascular Research Group and first author of the study, points out that the study gives us initial insight into how noise levels and exposure to green spaces influences the severity of ischaemic stroke. “We have observed a gradient: the more green spaces, the less serious the stroke. And the more noise, the more serious it is. This suggests that factors other than those traditionally associated with stroke may play an independent role in the condition”, she explains. At the same time, Dr. Xavier Basagaña, one of the authors of the study and a researcher at ISGlobal, a centre supported by “la Caixa”, stresses that “exposure to green spaces can benefit human health through various mechanisms. For example, it can reduce stress, encourage social interaction, and increase levels of physical activity.” However, in this study no link was seen with atmospheric pollution. The researchers warn that one of the limitations of the work was the lack of variability in pollutant concentrations to which the study population is exposed. This made it difficult to draw conclusions, and they point out that more studies are needed in this field.

“Previous studies have demonstrated that living in places with high levels of air pollution or noise, or with fewer green areas, exposes the population to a higher risk of suffering an ischaemic stroke. This work broadens our knowledge in this field, showing that the place where we live affects not only the risk of suffering a stroke, but also its severity if it occurs”, explains Dr. Gregory A. Wellenius, from the Epidemiology Department at Brown University and final author of the study. In this sense, the results indicate that patients living in noisier areas presented more severe strokes on arrival at hospital.

The researchers have analysed the effects of stroke on neurological deficits, such as speech impairment and mobility, using the NIHSS (National Institute of Health Stroke Scale). “The severity of a stroke depends on various factors, including the extent of the brain injury, the specific area of brain affected, the subtype of stroke, the existence of associated risk factors (diabetes, atrial fibrillation, atherosclerotic load), and so on. The fact that we have demonstrated, in addition to all these factors, that environmental aspects like green spaces and urban noise levels affect the severity of a stroke and therefore our health, shows that this information must be taken into account by political and health planners”, emphasises Dr. Jaume Roquer, head of the Neurology Service at Hospital del Mar, coordinator of the IMIM’s Neurovascular Research Group, and one of the main authors of the work.

The researchers did not aim to determine which noise levels lead to increased risk, but rather to detect a gradient by comparing patients living in noisier areas with those living in quieter areas. Indeed, the World Health Organisation (WHO) recommends traffic noise limits of a maximum of 53 decibels during the day and 45 decibels at night. “The average noise level to which patients have been exposed, as well as the general population of the study area, requires reflection, as it is considerably above the WHO recommendations”, points out Carla Avellaneda, an IMIM researcher and author of the work. The same researchers have already revealed that high levels of air pollution from diesel engines increase the risk of suffering atherothrombotic stroke by 20%.

In Spain, stroke is the leading cause of death in women and the third ranked in men, and is estimated to affect 1 in 6 people throughout their lives (in 2012, it caused the death of 6.7 million people around the world, according to WHO data). In Catalonia there are 13,000 cases and 3,800 deaths from stroke each year. The two main types of stroke are haemorrhagic and ischaemic.