Home » Health Problems » What are the Health Benefits of eating Mushrooms?

The consumption of mushrooms has been linked to several health benefits. Mushrooms are rich in micronutrients that are also found in vegetables, meats, and grains. The effect on health includes physical and mental benefits, which are attributed to the presence of bioactive compounds, particularly ergothioneine, ergosterol, vitamin D, beta-glucan, and selenium. 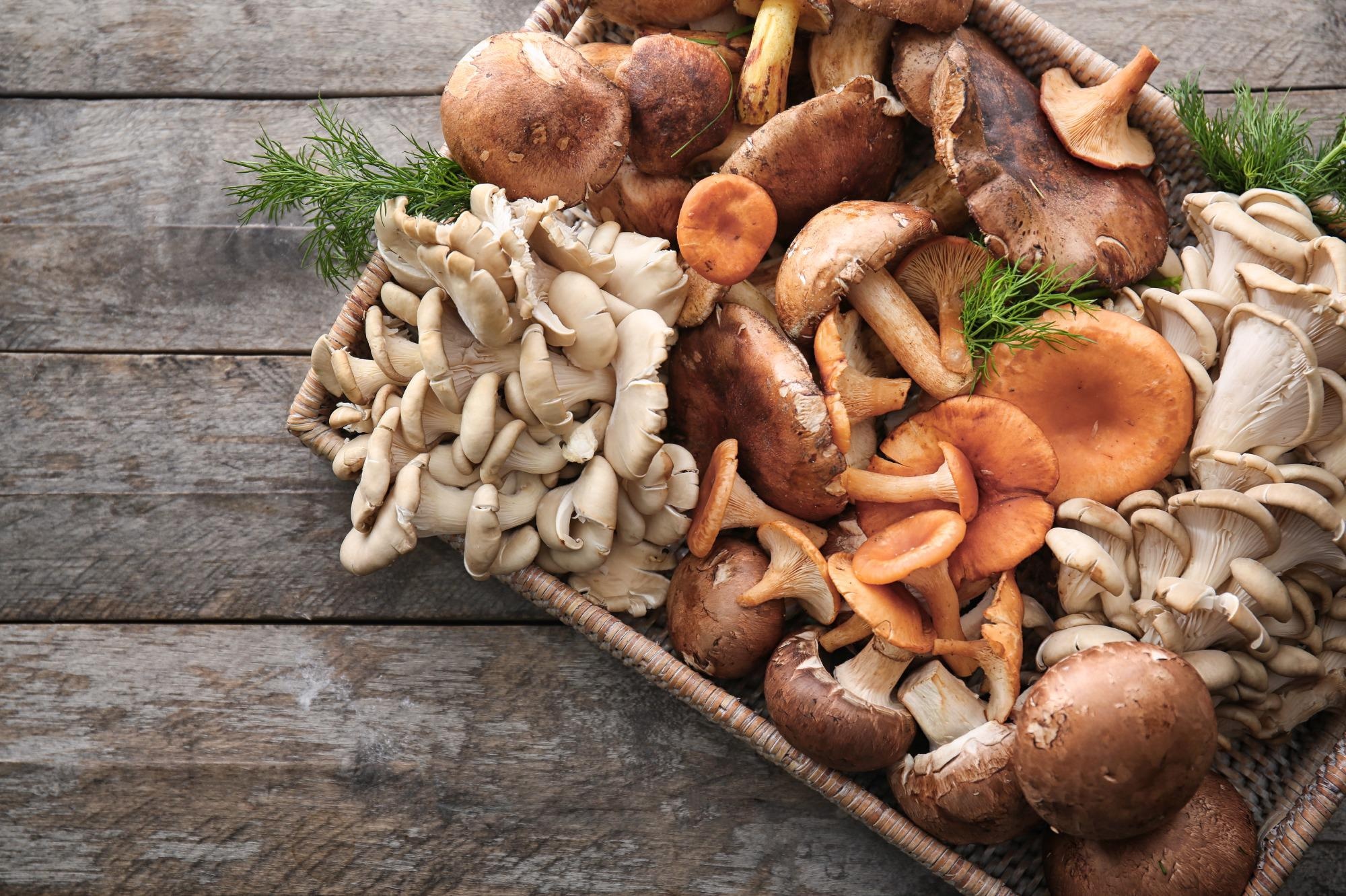 A unique feature of mushrooms is their status as the only natural vegetarian source of both vitamin D12 and vitamin D. Vitamin D12 is derived from bacteria and vitamin D is produced by the conversion of UV mediated ergosterol to ergocalciferol.

Overall, the nutritional value of mushrooms can be attributed to the high content of fiber, vitamin, mineral, and protein concentrations as well as their low-fat levels. They also contain the full profile of amino acids for adults alongside bioactive compounds with various human health benefits.

Lectins are proteins or glycoproteins which bind specifically to carbohydrates on the cell surface and produce a range of pharmaceutical activities, possessing antifungal, antitumoral, antiviral, and antibacterial activity. Studies have shown that lectins can exhibit highly potent antiproliferative activity against some tumor cell types in humans which include leukemic T cells, hepatoma Hep G2 cells, and breast cancer MCF7 cells.

What are the Health Benefits of Beetroot?

Alongside polysaccharides, a wide range of glycans, which extend from homopolymers to highly complex heteropolymers, also exhibit antitumor activity. Mushroom polysaccharides do not directly act on tumor cells, instead, they activate the immune response by producing what is estimated to be a 50% reduction in tumor size and prolonging the survival time of tumor-bearing mice.

Beta-glucans are the major polysaccharide found in mushrooms and are responsible for the anti-cancer, anti cholesterolemic, antioxidant, immunomodulating, neuroprotective, activities of many mushrooms.

Phenolic compounds contain aromatic rings with one or more hydroxyl groups and are secondary metabolites. They have a range of physiological properties such as anti-allergenic, anti-atherogenic, antimicrobial, anti-thrombotic, anti-inflammatory, cardioprotective, and vasodilator effects.

Their ability to produce these effects is due to their free radical and reactive oxygen species scavenging properties. The process of oxidation is essential for living organisms; however the generation of free radicals is implicated in several diseases – therefore, these compounds are excellent sources of antioxidant capacity. Alongside phenolic compounds, mushrooms contain vitamin C and vitamin E as well as carotenoids.

How do mushrooms produce their antibacterial effects?

Studies which can demonstrate its mechanism of action are scarce, however, mushrooms contain low molecular and high molecular weight compounds which are thought to be the compounds involved in conferring this property.

How do mushrooms produce their immunomodulatory and antitumor effects?

These cytokines can activate the adaptive immune response as a result of stimulating the production of antibodies from B cells and stimulating T cell differentiation to T helper (Th) 1 and Th2 cells, which are key mediators of the humoral response.

The bioactive compounds can also produce their effects through antigen-presenting cells such as dendritic cells, which are shown to produce a stimulatory effect on T cells.

With regards to antitumor properties, mushrooms contain a polysaccharide known as lentinan. Lentinan has been isolated and licensed and approved for use in Japan since 1986 for the treatment of gastric cancer and schizophyllan for head and neck cancer. It is also used in combination with chemotherapy.

Additional compounds which show immunomodulatory properties include 1) polysaccharopeptide krestin (polysaccharide-K, PSK) and 2) polysaccharopeptide PSP. Several studies have been performed with PSK, the results of which have demonstrated its ability to inhibit the development of cancer metastasis by preventing adhesion, invasion, motility, and metastatic growth of tumor cells.

PSK has also been shown to induce apoptosis and lymphoma, pancreatic, and leukemic cells. It had also been shown to improve the gene expression of several pro-inflammatory cytokines which mediate multiple effects by stimulating cytotoxic T cells against tumors and enhancing the production of antibodies by B lymphocytes.

PSP has also been isolated from mushrooms and has been commercially available since 1987, documented to improve quality of life in cancer patients as a result of its pain-relieving properties and its ability to enhance the immune system in patients with several types of cancer (stomach, esophagus, lung, ovary, and cervical).

The bioactivity of compounds in mushrooms has been proven extensively and is mostly consumed in a natural form. Mushrooms are also consumed in the form of dietary supplements. Taken together, there is a large body of evidence that shows that mushrooms are implicated in the promotion of human health, reducing the risk of infection, and as some studies have shown, the risk of developing cancer. Mushrooms are unequivocally antibacterial and immune system enhancers, incorporation into diets is important for enhancing human health.

Hidaya is a science communications enthusiast who has recently graduated and is embarking on a career in the science and medical copywriting. She has a B.Sc. in Biochemistry from The University of Manchester. She is passionate about writing and is particularly interested in microbiology, immunology, and biochemistry.