When I remember giving birth to my daughter, my primary memory is feeling an overwhelming sense of love for her. But following that, all too closely, I remember mostly fear and shame.

I’d planned not to get an epidural, but after hours of labor, I relented. I’d expected to feel relief, but instead, I was suddenly temporarily paralyzed from the neck down. “Squeeze his hand,” a nurse suggested, gesturing towards my husband. I couldn’t. “Squeeze his hand,” she insisted again. Nothing.

It felt like something out of the Twilight Zone, but it was all too real. Clinicians stood around me, speaking in voices that were meant to be soothing, but instead it felt like a nightmare. My lungs felt like they were closing, pressing inward, and my nose was pouring — a sign of difficulty breathing. “Nothing is happening,” one nurse said, but I knew she was wrong.

I have an anxiety disorder, and the medical providers in the room insisted that these were just signs of a panic attack. I tried to explain what was happening with my mostly-numb mouth, but the anesthesiologist left. After what felt like an eternity, and my husband’s insistence, she finally returned. She’d forgotten to ask my height, she admitted, and had given me far more than the proper dose for my size. She left in a flurry, without apologizing, but I figured that the worst was over.

After giving birth to a beautiful baby girl, I was kept in the hospital for a few extra days due to a uterine infection before developing postpartum preeclampsia, a potentially serious and occasionally fatal complication that involves a sudden spike in blood pressure. Alarmed by my quickly rising blood pressure, I wondered aloud to my clinicians if I should be concerned. Again, I was reassured that my anxiety disorder was the culprit—only to be readmitted to the hospital days later, at risk of a stroke or worse without treatment. 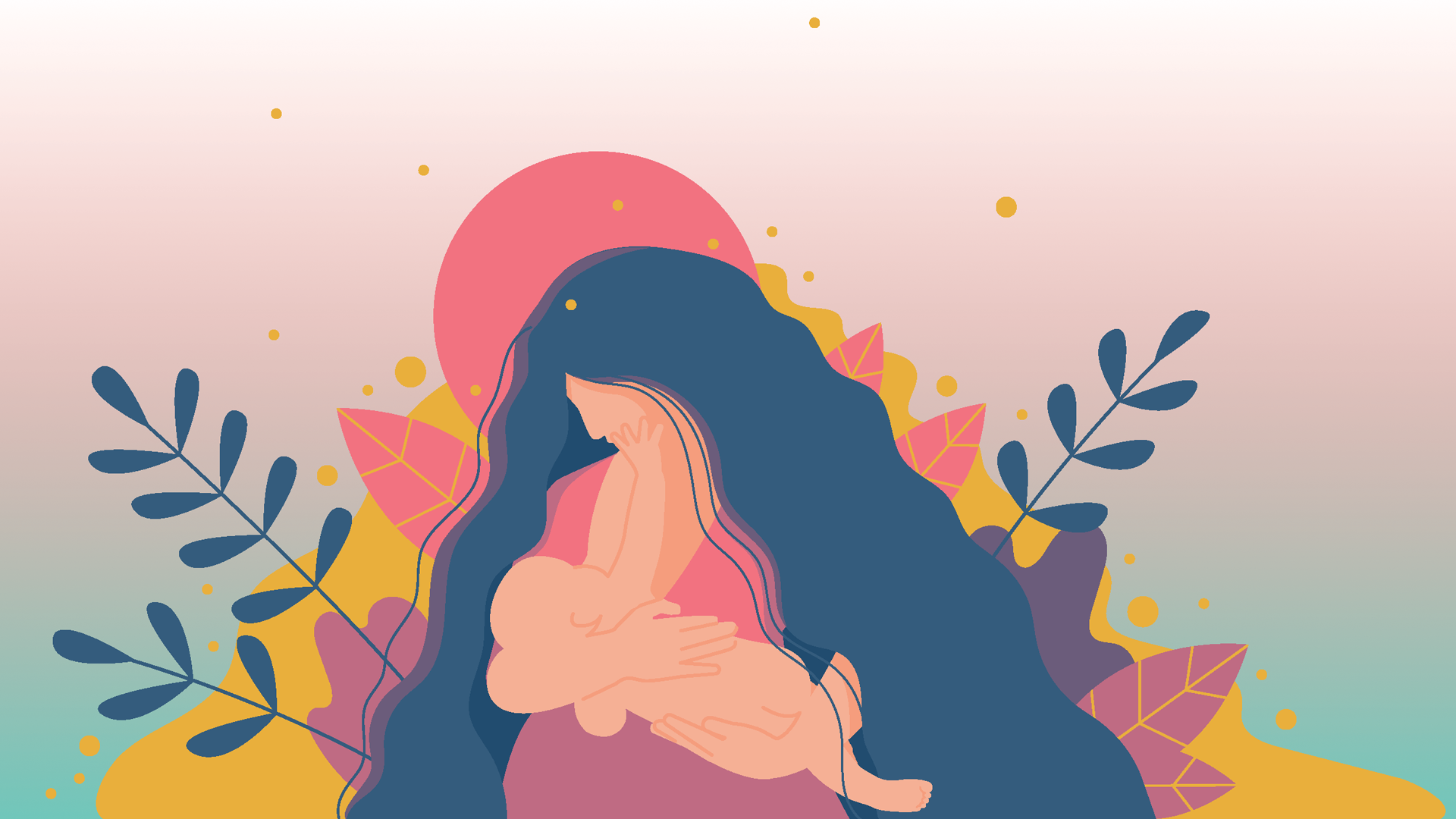 I have a great deal of respect for medical professionals, which was why I was so disturbed by what I’d experienced. I had thought I could “trust the process,” but I was left with an unsettling feeling of being not only out of control, but actively put in danger.

In the weeks and months after I gave birth, I agonized. I woke up from nightmares in cold sweats, imagining I was surrounded by those looming, dubious faces again. As I walked my new baby around the block in her stroller, I sometimes had flashbacks to the feeling of my chest clenching in pain and the hauntingly high numbers on the blood pressure reader while I begged for treatment and they told me again, “It’s just anxiety.”

At breakfast and dinner and 3 a.m., I wondered: Why didn’t they hear me? Why didn’t they listen? And worst of all, what if I hadn’t demanded so persistently that they start listening? Would I be dead? Would my daughter be here at all?

Why, I wondered, was I so easy to dismiss?

Although my experience felt alienating, I was far from alone. Around a third of women report having had a traumatic birth experience, whether physically, emotionally, or both. About 9%, like me, will develop postnatal PTSD (also known as postpartum PTSD).

Some women experience it because their expectations don’t match reality or a birth plan falls apart. For others, McBain explains, PTSD can be caused by a “near-death experience for mom or baby during birth,” a baby going into the NICU, the physical pain of birth, or unexpected severe injuries or health conditions that arise during labor or in the postpartum period. And while anyone can develop postnatal PTSD, women with a history of sexual abuse or a prior traumatic birth experience are more at risk.

For NLP Master Coach and Trainer Rebecca Lockwood, the problems started even before birth.

She struggled to walk during pregnancy after being diagnosed with symphysis pubis dysfunction (SPD). The pain from her condition, alongside newly-diagnosed OCD, made her experience far more painful and traumatic than she’d expected.  “A friend…had painted a picture of a gas and air birth with very little pain relief, and so this is what I expected when I was to have my baby. What happened was very different,” says Lockwood.

Instead, she experienced a shocking level of pain. “My baby did not want to come out, and so on the 14th day of being overdue I was induced into labour. Within about four hours, contractions had come on very heavily. Believing I could do it all on gas and air, I didn’t let go of the mouthpiece that brought me into a daze…I attempted to ask the midwife for pain relief, but couldn’t speak enough to ask I was in so much pain. I finally managed to request pain relief only to be told it was too late and my baby was coming.”

Eventually, Lockwood had an emergency C-section. She also felt alienated from her support system, she shares: “In the hours after my baby came into the world, my husband was sent home almost immediately,” she says. “I couldn’t walk and was barely able to talk.”

Afterward, Lockwood developed intense OCD and postnatal depression as she struggled with mixed emotions of the painful birth she’d experienced, coupled with the stress of an understaffed hospital, physical ailments, and a lack of support.

When she realized she was experiencing mental health symptoms, Lockwood was frightened at first before eventually seeking help. “I didn’t want to believe I had a problem, so I tried to hide it from everyone and even myself. I felt guilty that I had this beautiful baby girl, yet internally I felt so horrible. It wasn’t until a full year later that I found help and then a further eight months later that I felt a release of PND & OCD through Neuro-Linguistic Programming.”

For some new moms, meanwhile, post-traumatic stress symptoms are related to negative interactions with or feelings of prejudice from providers. New parents who are marginalized in some other way—disabled, mentally ill, people of color, or poor, for example—frequently report feeling dismissed or ignored by clinicians during pregnancy, childbirth, and the postpartum period. Black women in the U.S. are many times likelier than are white women to die during or after childbirth, and they experience higher rates of birth trauma. What’s more, women’s accounts of their pain are often taken less seriously by medical professionals, a problem that some believe may be exacerbated during the sensitive process of pregnancy and birth.

That’s exactly what Rebecca Cokley, Director of the Disability Justice Initiative at the Center for American Progress, says happened to her. She had a daughter by planned C-section in 2013. Cokley shares, “From the time they took me back, the anesthesiologist didn’t want to listen to me. As a little person, we have complicated spines. In my previous C-section, the anesthesiologist told me to bring whatever films I had (X-rays, MRIs, etc). This time, the doctor dismissed any advocacy by me to look at my MRI, which I brought…He told me he was an expert, he knew little people (not that he had ever performed an epidural or spinal block on them), and he could handle it.”

Her anesthesiologist’s dismissal of her knowledge of her own body, says Cokley, had dire consequences. “It took over an hour for him to do it, and I told him I still had feeling, but he assured me it would go away. Halfway through the C-section I started feeling the pain. A LOT. He kept telling me it was in my head, and I kept persisting that it was real, and I was in pain. Thankfully, my OBGYN listened to me and told him to adjust the meds several times…It felt as if my body was being torn apart—which it was.”

Cokley says the nightmare only got worse from there, sharing: “Once my daughter was safely out, the anesthesiologist said to my doctor, ‘While you’re down there, why don’t you tie her tubes?’ My husband, who was there the whole time, and I both looked at him with shock and were like ‘no,’ and he reacted with surprise.”

Cokley believes that, as many disabled parents and activists have alleged, the doctor’s comments about her choice to have children were related to her disability. She says, “…when he suggested tying my tubes without me having ever brought it up or there being a medical need to do so, it was apparent he had opinions about people like me and the choice we make as people with disabilities to become parents.”

Cokley realized that she had symptoms of postnatal PTSD when she “had numerous nightmares of that delivery and the treatment I faced from the doctor” leading up to the birth of her next child. “Leading up to my final delivery, I had so much anxiety,” she says. “I kept imagining something would happen with whoever was assigned to my delivery, and I’d look up and see [the previous doctor] again. I’d break out in chills and cold sweats when I would think about it.”

Like Cokley, although I desperately want another child, on some level, I’m still afraid. Although many of my flashbacks have subsided, I still feel a sense of foreboding when it comes to clinical settings and birth in general. I’m afraid to tell providers about my history of anxiety for fear of being dismissed once again. I’m afraid that going unheard a second time could be even more dangerous for me this time, or even worse, for my baby.

Still, despite my pain, many parents have found their way to healing through self-advocacy and treatment. Some organizations are making headway in terms of raising awareness about birth trauma and postnatal post-traumatic stress disorder. ImprovingBirth, for example, helps women recognize birth trauma for what it was and to advocate for themselves in order to prevent and heal from their traumatic experiences. In the UK, the Birth Trauma Association advocates similarly for new parents and partners who are struggling with post-traumatic stress symptoms.

According to McBain, clinicians can help to prevent postnatal PTSD as well. She suggests that clinicians encourage patients to “talk openly about their life triggers from the past” in preparation for birth and help them to “process their expectations and what to do if reality is different.” She also suggests that expecting mothers “look at their support system and who they turn to in hard times” and that clinicians watch for symptoms of postnatal PTSD in order to refer a patient to a qualified mental health professional.