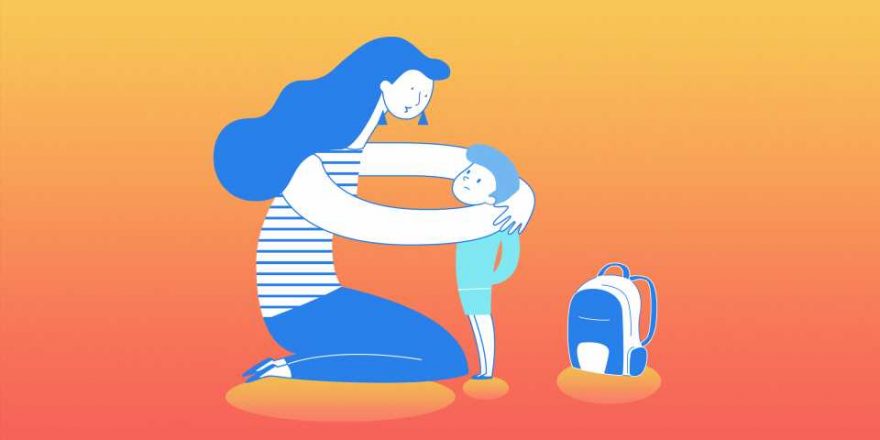 “But I don’t want to go to school today!” It’s a refrain as common to parents’ ears as “I don’t want to take a bath!” and “But I don’t wanna go!” Whining aside, kids have been known to employ even more conniving methods to try to get out of school, including faking or playing up an illness or even trying to argue their way out of it. (Children, it would seem, are natural-born lawyers.)

Most of the time, it then falls to parents to do the thankless job of getting the kids to school anyway. But are there times you should ever give in and let your student take a day off — even if they’re not sick?

While we as a society are far from perfect in how we treat mental health (and far too few people have access to paid sick days), it has become more common for adults to take an occasional “mental health day” off from work in order to deal with, you know, life. A few companies have gone as far as to offer official “mental health days,” though many still exist in a grey area of PTO (we may take a “sick” day off for mental health reasons while obscuring the real reason from our managers). While taking days off work for mental health is far from a perfect solution, there’s reason to be hopeful: People are prioritizing their mental well-being.

So, why not kids?

The trend seems to be moving towards the idea that, just like adults, kids should get personal or mental health days. Some states and cities have gone as far as passing laws that allow students excused absences for mental as well as physical reasons. But before you let your child take a day off, you should first and foremost know their school’s policies. Some districts and schools will give parents a fairly generous absence policy that will include vacations as well as sick days. Other school districts will differentiate between excused absences for illness and unexcused absences, with further restrictions on how many days can be missed in a quarter or semester. Practically, it may not be possible to let your kid take time off school if they aren’t physically ill if they are close to hitting those limits.

If your work schedule and your child’s school policies make it feasible, there are a few things to take into consideration. Marie Kueny, a school counselor and founder of Compassionate Educators, tells SheKnows two reasons a family might keep a child out of school even when you know they aren’t sick: issues around school that are causing anxiety and burnout. But she also encourages parents to let these requests for days off open bigger conversations as well. 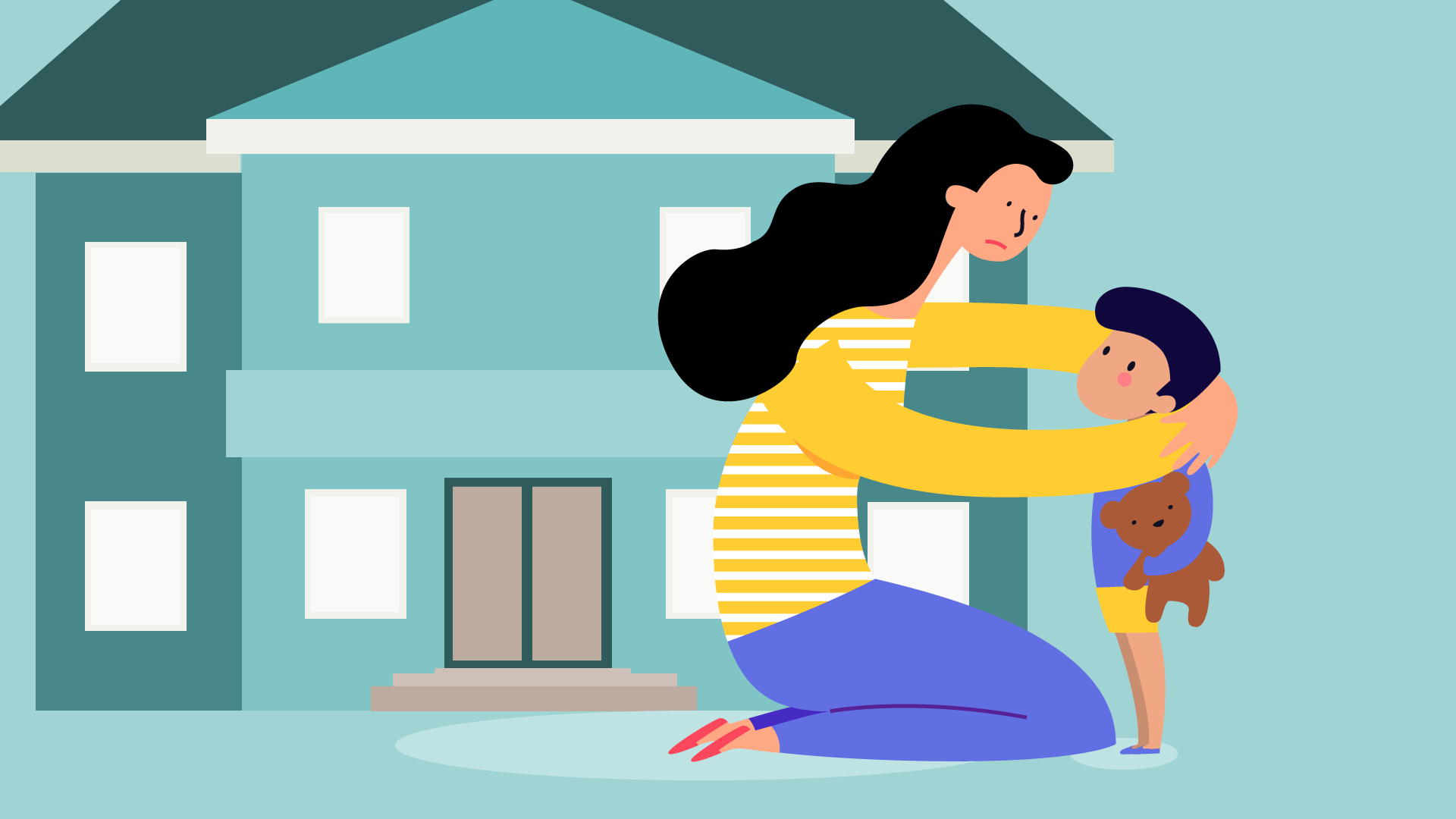 If you are confident your child is faking sick, or their protestations about not wanting to go to school seem especially severe, Kueny recommends parents initiate discussion about what is going on.

“Children also have very legitimate concerns, emotions, feelings, and I think it’s really important that we honor and respect those,” she says. Asking questions like, “Can you tell me more about why you don’t want to go to school?” can often equip parents with tools to create longer-term solutions than simply missing school. Once you know more, you can decide if school counselors, teachers, or even the principal needs to get involved and if they need to take a day off in the meantime.

When it comes to burnout, younger and younger kids are feeling pressure to succeed in school as well as sports and extracurriculars. But before you simply grant your child a day to “recharge,” Dr. Andrea Gurney, a psychologist and professor, wants you to really take stock of why a child should be feeling burnout at such a young age.

Academics, in particular, can be a cause of both extreme anxiety and burnout, but activities aren’t exempt either. If your child is needing time off from school because they’re so worried about a test they need extra time, for example, or have pushed themselves so hard on a project or club they need time to recuperate, Gurney urges parents to look at the culture they’re creating around “performance and expectations” in their home.

“Learning should be fun,” Gurney says. “Yes, challenging, but school should be something that we look forward to going to and learning and stretching and growing.”

Kueny also says that if your child is so burnt out or anxious that they might be a candidate for a mental health day, parents should talk to someone at the school about better strategies for framing work and grades. Both students who are high performers and those who struggle can put pressure on grades. The answer might not be giving them an extra day to study but allowing them to reframe how they think about tests.

“Sit down with [your] child and say you might not have all the answers right now but this is going to help you get there… this is part of learning and part of growing,” Kueny suggestions.

When to stand firm

There are also plenty of reasons to not to give kids or adolescents a day off just because they don’t feel like it, and the biggest one is resilience. Resiliency has become a buzz word in childhood development recently for a number of reasons. It can be seen as a response to the idea of children being overly coddled, and the different terms we’ve used to describe it, from helicopter to bulldozer. While those types of parenting are often seen as trends in higher socioeconomic circles, a focus on resilience also comes from those working in lower-income schools. KIPP, which runs a network of charter schools in low-income neighborhoods across the country, started focusing on teaching character traits like “grit” when they realized academics alone weren’t guarantors for many of their graduates to complete college.

“Sometimes we over-indulge and accommodate so that we can avoid the conflict and take the easy road and avoid disappointment,” says Gurney, who leans heavily away from the idea that mental health days should become a norm for parents. Instead, like Kueny, she recommends parents have conversations about why kids might not want to go to school. Once a child feels validated and heard, they might be more willing to try to tough things out.

When to seek help

Gurney is also mindful of legitimate mental health diagnoses that might require time away from school, like anxiety and depression. However, she says parents shouldn’t see mental health days as treatment for these disorders, either. Ideally, parents should work with a treating clinician to come up with a plan that may include days off. It may also include strategies like reminding your child they can call home if they truly can’t make it through the day, or including a school nurse or counselor in the plan so the student can recuperate in their office for 15 minutes if need be. Even for students with struggles with anxiety or depression, avoidance might not be beneficial in the long run.

In general, however, if your student maintains a good attendance record, an occasional mental health day, as long as it doesn’t become habitual, is OK. But if you’re not checking in with your child — and yourself — about the source, you’re only treating the symptom, not the cause.