Home » Kids Health » Meghan Trainor Is All About That Babymaking in 2023: 'Hopefully I'll Be Pregnant'

Meghan Trainor Is All About That Babymaking in 2023: 'Hopefully I'll Be Pregnant'

Ever since Meghan Trainor welcomed her first child, Riley, in February 2021, she’s been basking in the glow of motherhood — and she doesn’t plan to let that glow go anytime soon.

During an exclusive interview with People, Trainor revealed that her goals and dreams for 2023 involve adding to her and husband Daryl Sabara’s family — “Hopefully, I’ll be pregnant,” the singer shared. She continued, “I’m trying to make four children, so I’ve got to get on it!”

The “Made You Look” crooner told the publication that motherhood has made her fearless, explaining, “After having a baby, I was like, there’s nothing I can’t do. So now I’m just trying to knock off all my dreams on my dream list.” Excuse us while we wipe our happy tears from our leaky eyes — we love this outlook for Trainor!

During an interview with Genius, Trainor expressed similar sentiments about her newly realized power as a woman, mother, and person. “After making a human — I made eyelashes. I made eyelids. I made balls,” she emphasized, continuing, “There’s nothing I can’t do! You know what I’m sayin’? After I went through a surgery — they took my guts out; I was awake. Try to stop me. I’m gonna achieve all my goals.”

We’re manifesting Trainor’s baby dreams come true in the new year — and for several years to come, by the sounds of her big family plans with her Spy Kids hubby!

These celebrity moms are proud of their C-section scars — as they should be! 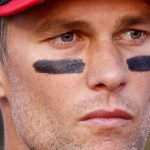