Home » Medications » Big question in opioid suits: How to divide any settlement 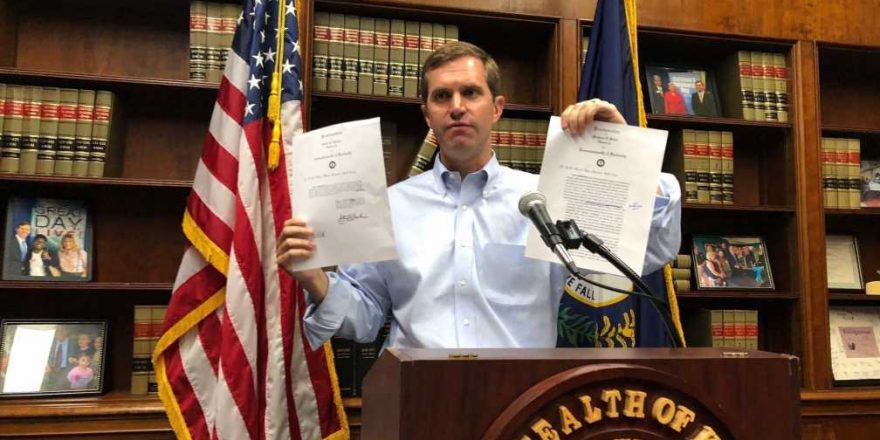 Big question in opioid suits: How to divide any settlement 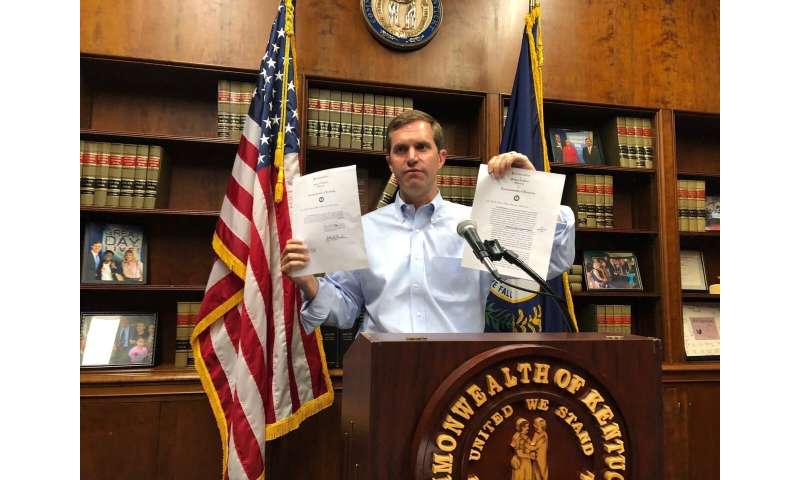 The roughly 2,000 state and local governments suing the drug industry over the deadly opioid crisis have yet to see any verdicts or reach any big national settlements but are already tussling with each other over how to divide any money they collect.

The reason: Some of them want to avoid what happened 20 years ago, when states agreed to a giant settlement with the tobacco industry and used most of the cash on projects that had little to do with smoking’s toll.

“If we don’t use dollars recovered from these opioid lawsuits to end the opioid epidemic, shame on us,” Kentucky Attorney General Andy Beshear said.

Overdoses from opioids, which include prescription painkillers and illegal drugs like heroin, have surpassed automobile crashes in recent years as the biggest cause of accidental deaths in the U.S., accounting for the loss of more than 400,000 lives since 2000.

An Associated Press analysis found that by 2011 and 2012, the industry was shipping enough prescription opioids to give every man, woman and child in the U.S. nearly a 20-day supply each year.

In their lawsuits, the governments contend the brand-name manufacturers fraudulently downplayed the addiction risks of the powerful painkillers while encouraging doctors to prescribe their patients more drugs and at higher doses. They also argue that drugmakers and distributors failed to stop suspiciously large shipments. The defendants dispute the allegations. 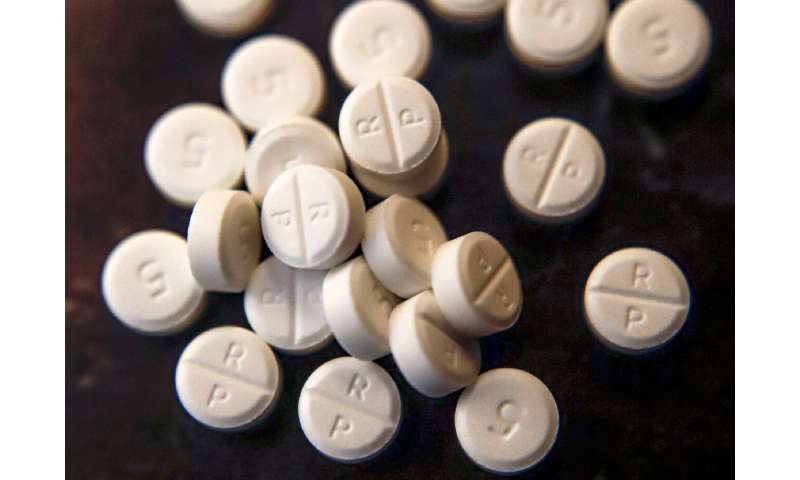 In the late 1990s, attorneys general for all 50 states reached colossal settlements under which tobacco companies would pay them forever. A tally by the Campaign for Tobacco-Free Kids found states have received more than $161 billion so far.

But some of the money has gone toward such things as roads, bridges or teacher pensions. Some of the money went into states’ general fund accounts, available for all sorts of uses.

“Most states have used their settlement recoveries, which are massive, for everything but the problem that gave rise to the litigation,” said Doug Blake, a former Minnesota assistant attorney general who worked on the state’s tobacco settlement.

The anti-smoking group says that for the fiscal year that ended in June, states took in $27.3 billion from the settlements and from tobacco taxes and spent just 2.4% of that on kick-the-habit and smoking-prevention programs. The group also found that states spend, on average, less than one-fifth of what the U.S. Centers for Disease Control and Prevention recommends on anti-smoking programs.

In the opioid litigation, plaintiffs want to make sure the money goes toward treating addiction and preventing drug abuse. Some also want to be reimbursed for extra taxpayer costs associated with the epidemic, such as rising expenses for jails and mental health services, more ambulance runs and police calls, and more children of addicts placed in the care of the child-welfare system. 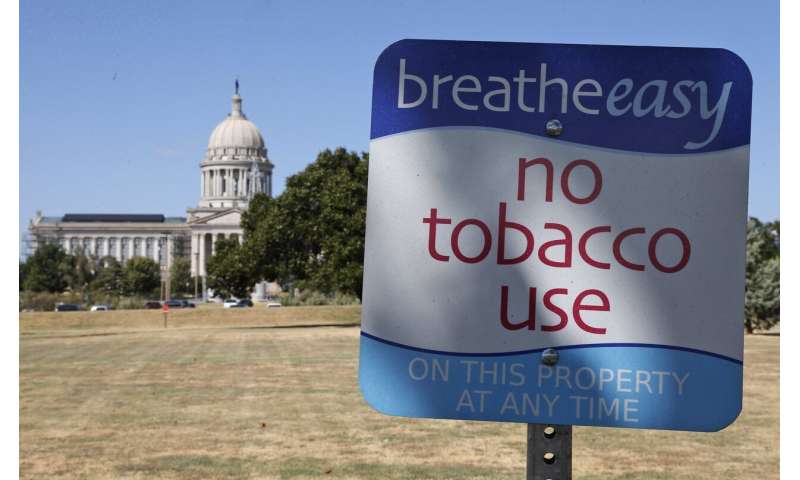 There have been disputes within states over who should allocate money from opioid-related settlements. In Oklahoma, lawmakers objected earlier this year when the state attorney general struck a deal with Purdue Pharma that allocated much of a $270 million settlement to a center for treatment and research. The lawmakers said they should be the ones to make those decisions. Lawmakers in West Virginia are asking the attorney general there to let them allocate the $37 million settlement with the drug distributor McKesson.

Close to 2,000 local governments have made claims against the drug industry. While the states’ lawsuits are in state court, most of the city and county claims are in federal court, where they have been consolidated under one Cleveland-based judge who is pushing for a settlement.

New Jersey’s Camden County, for instance, started allocating extra money for its Office of Mental Health and Addiction to deal with problem back in 2015. That first year, the county of a half-million people just outside Philadelphia kicked in $150,000. This year, it is up to $600,000.

The sum does not include other crisis-related costs sprinkled throughout the county budget: $156,000 for opioid treatment for jail inmates, cleaning up “needle parks” and holding an annual recovery softball game. 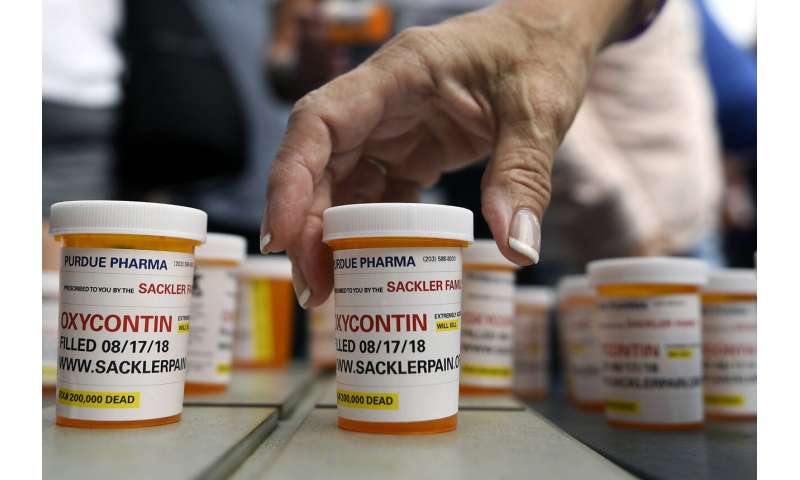 In the event of a nationwide settlement, Rice and other lawyers representing local governments have proposed a plan that would set in advance how much county and local governments would get, based on the amount of drugs shipped there, the overdose deaths and the number of people addicted.

In the case of a $1 billion national settlement, for instance, Camden County would get $1.3 million, and the communities in the county would share an additional $900,000.

But many attorneys general have asked U.S. District Judge Dan Polster not to approve the plan. Thirty-eight warned in a filing this month that the process “would make ‘global peace’ more, not less, difficult to achieve.”

The states also worry about the wisdom of splitting settlement funds with local governments.