The hormone preparation Duogynon has long been suspected in children severe deformities caused. Duogynon was expelled from the sixties by the pharmaceutical manufacturers Schering and the first in Germany in 1981 withdrawn from the market. As in the case of thalidomide, the relationship between the use of hormonal pregnancy tests and malformations to be missed.

However, to date, not succeeded in the Duogynon-Sacrifice to move the pharmaceutical company Bayer took over Schering, Berlin, Germany, and the German government for talks. A just-released study by the scientist Paul Heneghan from the University of Oxford shows that there is an increased risk of malformations if the pregnancy Duogynon was taken. Heneghan evaluated reports of 71.330 women from those decades.

In a recent Small request of the members of Stephan Pilsinger (CSU) confront, Martina Stamm-Fibich (SPD) and Maria Klein-Schmeink (The Greens), the German Federal government with the facts, arising from the long-inaccessible files of the landesarchiv Berlin. The government sees “no reason for more elaborate investigations of old Records,” criticized Klein-Schmeink.

The pharmaceutical company Bayer denies until today, every connection. The 7000 pages of the process-files show, however, that suspicions on the part of Schering, were used to specifically suppress, employees of the former Ministry of health support the pharmaceutical manufacturer, even to the risk is not known. Still, in 1978, tried to Schering, Berlin, Germany, reporting in the star, of the early about the fate of the affected women and children wrote to impede the delivery of the magazine in the UK to stop.

There, a Committee of inquiry starts at the end of November in terms of Duogynon, hundreds of pages of files from the Berlin state archive have been translated into English.

“You have to make an effort to turn a blind eye”, criticized the Green party politician Klein-Schmeink. That the Federal government remains idle, is a contempt of all the victims of Duogynon. 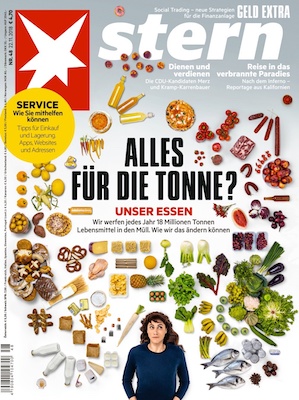