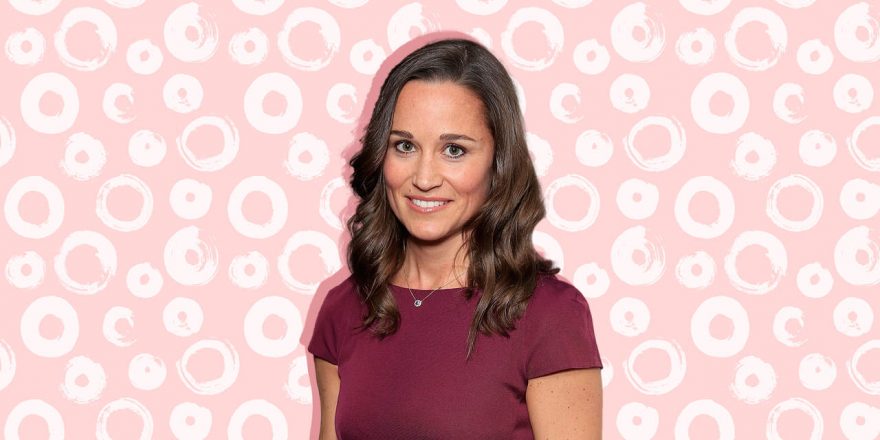 The Duchess of Cambridge’s younger sister, Pippa Middleton, has embraced an alternative therapy known as cranial osteopathy for her 1-year-old son.

“Soon after Arthur was born last year, I heard a few mums talking about seeing a cranial osteopath,” the 36-year-old wrote in her Waitrose Weekend magazine column over the weekend, per People.

“It’s a popular alternative therapy for newborns, particularly those who have had a traumatic birth, are unsettled, or have trouble sleeping,” she continued. “It claims to heal, relax and promote sleep, digestion and body alignment through gentle head and body manipulation." Pippa added that she started taking her son Arthur when he was just 7 months old.

Pippa claims the results of the treatment were immediate. “I was fascinated to see how calming it was for him, but also how valuable the feedback was,” she wrote. “The osteopath noticed one side of his neck was tighter than the other, which explained why he favored one side sleeping. She also saw that his arms were stronger than his legs, so she gave me an exercise to help him.”

While Pippa acknowledged that the treatment has "a lack of scientific evidence," it still begs the question: What is it—and could be beneficial for babies, or people in general?

What exactly is cranial osteopathy?

Cranial osteopathy is the subtle movement of the cranial bones to help alleviate pressure and allow for the movement of cerebral spinal fluid, Erica Steele, ND, a board-certified naturopathic doctor at Holistic Family Practice, tells Health. “Traditionally trained osteopaths are trained to move these bones on a subtle level," she says.

The practice is a form of osteopathic medicine—or using the body's musculoskeletal system to play a part in health and disease—which was founded in the late 19th century, stemming from the belief that the body contains everything it needs to maintain health, if it's properly stimulated, according to the American Association of Colleges of Osteopathic Medicine. Osteopathic physicians (aka, DOs), use hands-on techniques that release tension in the muscles, joints, and nerves to promote healing.

“Cranial osteopathy specifically takes those same osteopathic principles and applies them to include the 29 bones (22 in the skull itself, plus 3 little bones in each ear and the mandible) of the skull and the central nervous system, in addition to the whole body,” Annette Hulse DO, president of the Osteopathic Cranial Academy, tells Health. In slightly manipulating those bones in the skull, ear, and mandible, osteopathic doctors can "change and/or slightly restrict the movement of [cerebrospinal] fluid," says Dr. Hulse—which can, again, have a relaxing effect on the patient.

These cranial osteopathy session typically involve an osteopathic doctor holding various fulcrums (or hand positions) on the skull, says Steele, while a patient is lying down on a table. Overall, Dr. Steele says the practice is "a deeply profound and relaxing experience for the participant," and that "the person arises feeling more relaxed, at ease, and at peace."

Okay, but is there any scientific evidence to back up cranial osteopathy?

Unfortunately, as Pippa mentioned in her article, there is very little conclusive scientific evidence that cranial osteopathy is effective. “The treatment regime lacks a biologically plausible mechanism, shows no diagnostic reliability, and offers little hope that any direct clinical effect will ever be shown,” Steve E. Hartman, PhD, a professor in the Department of Anatomy at the University of New England, wrote in one paper published in the medical journal Chiropractic and Osteopathy.

Hartman did note, however, that “In spite of almost uniformly negative research findings, ‘cranial’ methods remain popular with many practitioners and patients.” Dr. Hulse and Dr. Steele also believe that research has not yet fundamentally disproved the benefits of cranial osteopathy either. "The totality of its physiology and the capacity for the brain to control the body is still seemingly understudied," says Dr. Steele.

Still, as far as credible research goes, it may be best to stick to conventional medicine and use alternative therapies, like cranial osteopathy, only as a supplemental approach.