When Susie Talevski sued the agency that managed her elderly father’s care before he died, she hoped to get justice for her family. She did not expect the case would grow into a national bellwether. A ruling against her could strip millions of vulnerable Americans of their power to hold states accountable when they do not receive benefits allowed by law.

“This case has taken on, really, a life of its own way beyond what I could have foreseen,” said Talevski, a resident of Valparaiso, Indiana.

Talevski filed a lawsuit in 2019 alleging that her father’s rights were violated at a nursing home where he lived to get care for his dementia.

“He went from being able to walk and talk … to not being able to move,” Talevski said. “[The nursing facility] treated my dad like trash, like a dog. In fact, dogs are treated better than that.”

In court filings, the Talevski family claims that Gorgi Talevski was overmedicated to keep him asleep, his dementia wasn’t properly managed, and he was involuntarily transferred to different facilities hours away from the family’s home, which accelerated his decline. Her father died a year ago, in October.

Talevski sued the Health and Hospital Corp. of Marion County, the public health agency in Indiana that owns the nursing facility. The agency, known as HHC, declined to comment on the case but has denied any wrongdoing. In court documents, it argued that Gorgi Talevski was violent and sexually aggressive, which affected his care. It tried to dismiss the case, saying Talevski didn’t have the right to sue. But federal courts said the lawsuit could move forward.

So, the public health agency made an unexpected move. It took the case to the nation’s highest court and posed a sweeping question: Should people who depend on initiatives funded in part by the federal government — such as Medicaid and programs that provide services for nutrition, housing, and disabilities — be allowed to sue states when they believe their rights have been violated?

A ruling in favor of the HHC could mean millions of Americans who rely on federal assistance programs would lose that right. The Supreme Court is scheduled to hear oral arguments on Nov. 8.

“The reach of an adverse decision would be catastrophic,” said Jane Perkins, an attorney at the National Health Law Program. “It would leave these programs really standing out there without a true enforcement mechanism.”

HHC of Marion County owns and operates 78 skilled nursing facilities across Indiana in a public-private partnership with American Senior Communities.

The answer to the question of whether people who depend on federal assistance programs can sue over rights violations has been settled precedent for decades, said Perkins, who has litigated numerous civil rights cases for Medicaid beneficiaries.

For that reason, she was shocked when she learned the Supreme Court had chosen to hear this case. The Supreme Court is asked to review nearly 7,000 cases each year and they often agree to look at only 1%-2% of them.

Perkins said she sees parallels between this case and the recent Supreme Court decision that overturned the constitutional right to an abortion.

“The idea that the court would accept this case and accept that question of whether you can ever enforce these laws is of concern,” Perkins said. “The recent court decisions — Dobbs in the abortion context coming to mind — shows the court is willing to set aside precedent.”

Since the Supreme Court agreed to look at the case, at least 25 entities have filed amicus briefs, which provide courts information from people not directly involved in a case. Most have sided with the Talevskis — including members of Congress like House Speaker Nancy Pelosi and Majority Whip James Clyburn, AARP, American Cancer Network, American Public Health Association, and Children’s Health Care Providers and Advocates. Marion County HHC will be represented by Lawrence Robbins, who has argued 19 cases before the Supreme Court and represented Christine Blasey Ford during the confirmation hearing of Justice Brett Kavanagh. Talevski will be represented by Andrew Tutt of Arnold & Porter. Recently, Tutt argued and won a case before the Supreme Court that safeguarded the reemployment rights of thousands of veterans and service members.

Programs that rely on federal money flowing from Congress to states, like Medicaid, typically come with a set of provisions or requirements that states are supposed to follow to receive and use the funds. Civil rights lawsuits are one of the primary enforcement mechanisms beneficiaries of those programs have to hold state agencies accountable if the agencies violate their rights or fail to provide entitled services.

There are other means of oversight, which supporters of the Indiana state agency’s petition tout as viable alternatives to lawsuits. One is federal monitoring by the Department of Health and Human Services. The agency can investigate and threaten to withhold funding from state programs that fail to comply with federal provisions. But this usually involves lengthy legal processes that can be counterproductive, stalling benefits to individual patients, instead of helping them.

“If [HHS] tries to turn off the money, the state could take them to court immediately and get an injunction,” arguing that the ceasing of federal funds would cause irreparable harm, said Sara Rosenbaum, a professor of health law and policy at George Washington University. “People [would be] left totally without their benefits, or the providers are left totally without their payments.”

Former senior HHS officials say that federal oversight is far from sufficient and that civil rights lawsuits remain a crucial enforcement mechanism. Private enforcement through lawsuits is indispensable for nursing home residents, they say, especially in places like Indiana where the state owns the most nursing homes.

The former officials said in a court brief that a decision in favor of HHC would potentially raise the risk of waste, fraud, and abuse of Medicaid funds, leading to widespread underenforcement and leaving “millions of individuals, providers, and other beneficiaries more vulnerable to violations of their statutory rights.”

Nearly 83 million Americans, a quarter of the U.S. population, are enrolled in Medicaid. This means HHS oversees more than half a trillion dollars in spending across all states and U.S. territories — and the federal agency, the former officials argue, lacks the logistical and practical capacity to “meaningfully remedy individual violations in many cases.”

Indiana’s Attorney General, Todd Rokita, is among allies publicly supporting the state’s perspective. Rokita, in a court brief filed along with 21 other Republican attorneys general, said civil rights lawsuits burden states and cripple them with legal expenses, just to line the pockets of attorneys rather than benefit Medicaid enrollees.

“The state has litigated 1,200 civil rights cases just in the last three years,” Rokita said in a written statement. 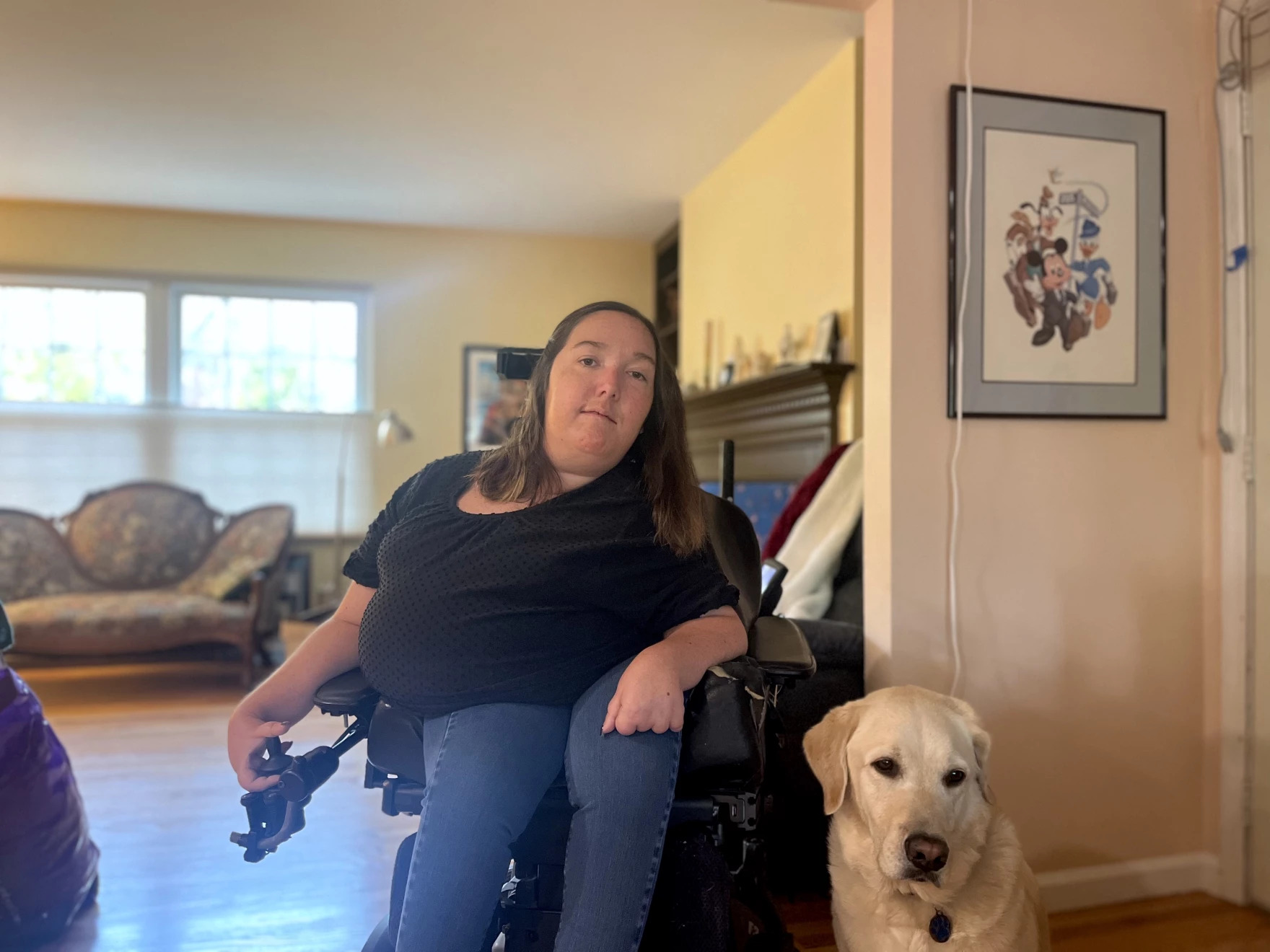 Legal experts told Side Effects that the number Rokita cites is highly misleading because it lumps together all civil rights lawsuits, not just those that have to do with federal entitlement programs, which are at the heart of this case.

If the Supreme Court rules in favor of HHC, lawsuits like a 2015 case that won Medicaid recipients the right to an expensive hepatitis C drug may not be possible in the future, said Emily Munson, an attorney with the advocacy group Indiana Disability Rights.

When states tried to cap the benefits of people with disabilities in Indiana and across the nation, civil rights lawsuits have helped patients gain access to things like in-home support with day-to-day tasks, known as attendant care.

Munson has litigated similar cases. She has a disability herself, and the prospect of a Supreme Court decision in favor of Marion County terrifies her.

“I rely on Medicaid for attendant care, for wheelchair repairs,” Munson said, “and losing the ability to go to federal court if need be is very scary.”

During the latest HHC board of trustees meeting in mid-October, the monumental case was absent from the agenda. But when the meeting opened for public comment, state representatives, patients, and advocates seized the opportunity to voice their concerns.

They had one demand for the agency: withdraw its Supreme Court petition.

State Rep. Robin Shackleford, an Indianapolis Democrat, and others in the legislature have been vocal about their concerns. Shackleford said many of her constituents are on Medicaid and SNAP, the Department of Agriculture’s supplemental nutrition program.

“They would be horrified … if they knew the board was the driver behind removing their rights,” Shackleford said. 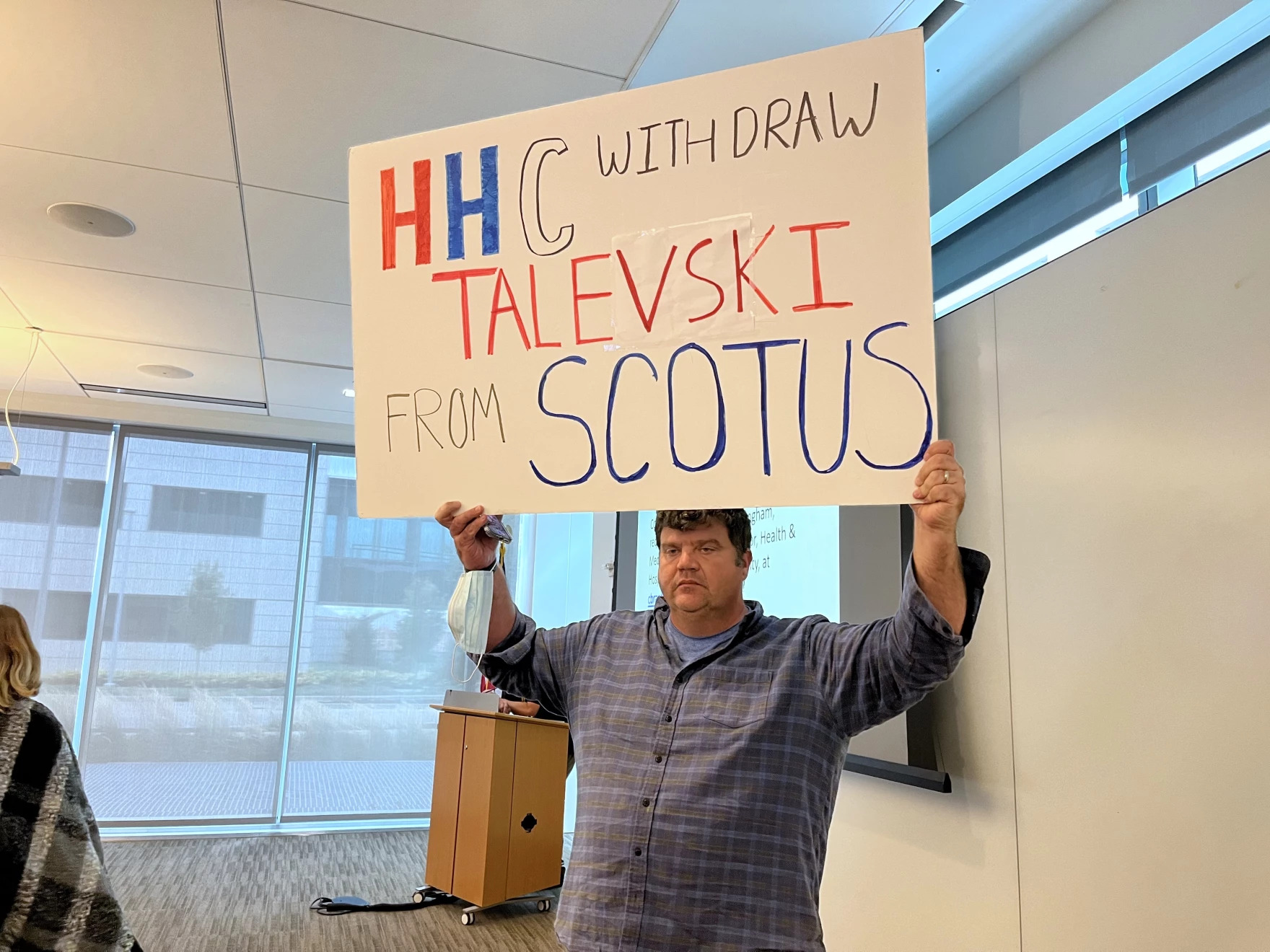 This story is part of a partnership that includes Side Effects Public Media — a public health news initiative based at WFYI, NPR and KHN.